Toyota looks to abandon in-house IT 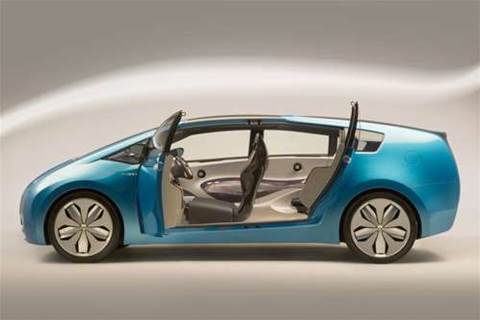 Chooses SaaS for all but app development.

Toyota Australia is placing all its bets on the cloud computing model, and is on a mission to rid itself of any enteprise IT infrastructure within five years.

Michael Jenkins, manager of enterprise architecture and strategy at Toyota Australia, boldy told the CeBIT datacentre conference in Sydney today that he is looking forward to a future in which all applications are delivered via the cloud from data centres that are completely "transparent" and "invisible".

"For the average company, the future of data centres is hopefully not to have to think about data centres," Jenkins told the audience.

Toyota Australia - which runs its IT independently of its global parent - "doesn't see IT assets as being core competitive advantage," he said.

"We don't need to lead with IT, we lead with [car] production."

Jenkins said that the computing world has moved from the physical world to the virtual, but will soon enter the 'conceptual' realm - in which computing is transparent and invisible.

Computing will be "commodity infrastructure supplied by partners," he said.

"The datacentre for us will become similar to the supply chain [for production of cars] - we work with suppliers for components on a just-in-time basis.

"Datacentres will become little more than a silent background to IT operations of the organisation."

Jenkins said the distributed computing model such as Google's AppEngine will be "commonplace" and that the vast majority of Toyota's applications will be hosted in the cloud.

"We will no longer specify anything about hardware or software or other physical requirements [from suppliers]," he said. "Current workloads will evaporate - we will stop thinking about how its hosted, what its hosted on, and look at the conceptual view. It will be consumed, metered, and priced on utilisation."

Jenkins said Toyota would rely on a "metacloud" - which aggregates the cloud computing services of multiple service providers and directs workloads between these clouds in an "automated and self-regulated" fashion.

"Our ultimate goal is to consume automatically self-regulating IT services supplied on a just-in-time basis," he said.

Back in the real world

Jenkins was able to back up his vision with a status update as to how the motor company's Australian operations is preparing for the cloud computing world.

Like Westpac, which spoke earlier at the conference, Jenkins said Toyota has run a proof of concept trial of a "private cloud" solution - tested it, run pilot applications and is now "aggressively scaling that out across the IT infrastructure."

But he conceded that today, it is "a bit of a challenge to jump into the public cloud.

"Our strategy is to build a private cloud first, bring in a hybrid cloud model and then, over the next five years, push all our applications onto public cloud infrastructure."

Jenkins said Toyota is prioritising the software as a service model (SaaS) for all IT investments.

"All things being equal, we will choose a SaaS solution over an in-house solution," he said.

"The first step to eliminating datacentres quickly is to consume apps without a datacentre requirement locally as a first preference," he said. "We don't say it must be SaaS, but the first choice must be SaaS."

Jenkins said the company has already replaced its CRM system with a SaaS solution from Salesforce.com.

Asked if the strategy would kill off in-house IT skills and resources, Jenkins said that it was a "non-issue", as Toyota already outsources most of its IT.

"We simply don't expect to have IT infrastructure specialists anymore," he said. "We don't believe that will be a strategic asset at all."