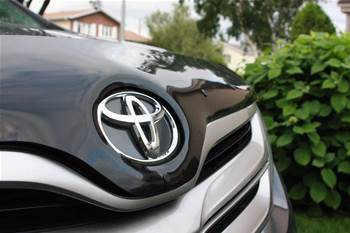 Toyota Australia has lost chief information officer Ellis Brover after eight years in the role, with Wayne Gabriel taking over the position.

Brover, who spent a total of 20 years with the Australian subsidiary of the Japanese car manufacturer, announced his departure via LinkedIn.

“It's time for me to hand over the reins, take a break with family, and plan the next chapter of my life and career,” Brover said, adding that he had “the enormous privilege of leading a fantastic team through a period of immense change and growth” and “built a high-performing and cohesive IT group that has driven Toyota's digital business transformation.”

A Toyota Australia spokesperson told iTnews the company appointed Gabriel as general manager of the information systems division “to build its future digital operations and explore opportunities for synergy and alignment across One Toyota”.

Gabriel has been with Toyota Australia for around 25 years “and will manage this new appointment alongside his existing responsibilities as general manager of digital guest services.”

Senior manager for products, new business Dmitri Colebatch highlighted on LinkedIn a series of efforts that Brover had led or been involved with.

These included transitioning IT's role after manufacturing ended, leading Toyota through a major cyber attack, and upgrading "everything from SAP, warehouse management, manufacturing management, Office 365 migration, and many many more."