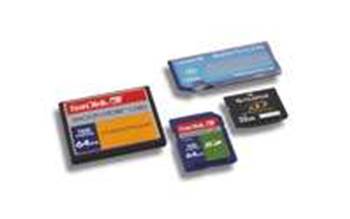 Toshiba has unveiled what it claims is the first 8GB Class 4 SD memory card.

The high-end cards are based on the SD Card Association's SD Specifications 2.0, which defines high capacity, high performance enhancements to SD memory cards.

The new card is designed to meet the Class 4 standard, which requires a data write speed of at least 4Gbps.

Toshiba said the SDHC card will be introduced in early January, alongside the 4GB products launched in September.

The new cards can record a maximum of three hours 10 minutes of standard definition video in the MPEG2 format, according to Toshiba.

Got a news tip for our journalists? Share it with us anonymously here.
Copyright ©v3.co.uk
Tags:
8gbcardshardwareintrosmemorysdtoshiba