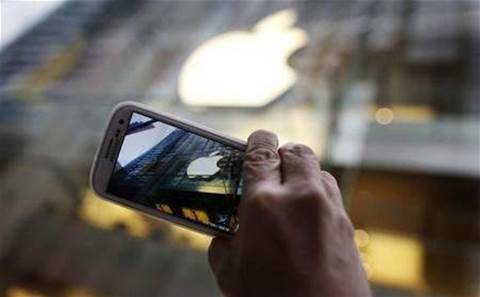 Rivals to face off again over iPhone design.

The US Supreme Court has stepped into the high-profile patent fight between the world's two fiercest smartphone rivals, Apple and Samsung, agreeing to hear Samsung's appeal of what it contends were excessive penalties for copying the patented designs of the iPhone.

Samsung paid Apple more than US$548 million in December related to a jury verdict from 2012. It is seeking to pare back the US$399 million of that amount that was awarded for infringing on the designs of the iPhone's rounded-corner front face, bezel and colorful grid of icons, saying they contributed only marginally to a complex device.

A Samsung spokeswoman said in a statement the court's review "can lead to a fair interpretation of patent law that will support creativity and reward innovation."

Apple sued in 2011, claiming the South Korean electronics company stole its technology and ripped off the look of the iPhone.

Last May, the US Court of Appeals for the Federal Circuit in Washington upheld the 2012 patent infringement verdict. The court, however, said the iPhone's appearance could not be protected through trademarks, forcing another trial later this month in federal court in San Jose, California, to recalculate some of the damages Apple is owed.

The Supreme Court has not reviewed a design patent case in more than 120 years, when the products involved included a spoon handle and a rug.

In court papers, Samsung said that for complex, modern products such as smartphones, design patents have led to "unjustified windfalls," far beyond the inventive value of the patents.

Today the high court said it would answer whether courts should award in damages the total profits from a product that infringes on a design patent if the patent applies only to a component of the product.

Apple urged the high court not to take the case, saying Samsung's illegal conduct was clear. Samsung consciously decided to copy the iPhone after its debut in 2007, Apple said, and soon after its mobile devices "became iPhone clones."

Samsung was supported by other major high-tech firms including Google and Facebook. The companies filed a friend-of-the-court brief that said the Federal Circuit decision will lead to more design patent lawsuits, which will stifle innovation.

Samsung has said in court papers that if it wins the case, it expects to be reimbursed the money it has already paid.