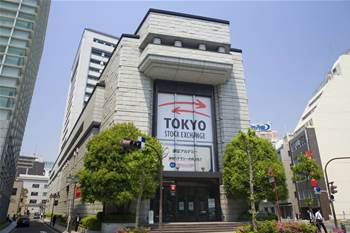 The Tokyo Stock Exchange (TSE) resumed normal trading on Friday, with the main index starting slightly higher a day after the worst-ever outage brought the world’s third-largest equity market to a standstill.

The glitch was the result of hardware problem at the bourse’s “Arrowhead” trading system, and a subsequent failure to switch to a back-up, causing the first full-day suspension since the exchange moved to all-electronic trading in 1999.

Market participants expressed some relief that the problem was hardware-related rather than a cyber attack, but cautioned about a potential longer-term impact given the hit to the Tokyo market’s reputation.

“The cause has not been clearly indicated yet, so traders are processing orders that couldn’t be done yesterday as they wait and see how the system works, rather than actively trading.”

The outage had come on a day of high anticipated trade volume following the release of the Bank of Japan’s closely watched tankan corporate survey and a rise on Wall Street.

The meltdown also occurred just two weeks into new Prime Minister Yoshihide Suga’s term - during which he has prioritised digitalisation - and undermined Tokyo’s hopes of replacing Hong Kong as an Asian financial hub.

“It’s problematic that this happened after the TSE upgraded its system as recently as 2019,” said Takatoshi Itoshima, strategist at Pictet Asset Management.

“IoT (Internet of Things) related shares are meant to be the leader of ‘Suganomics’ trade but this won’t impress foreign investors.”

Officials from the Tokyo Stock Exchange and Japan Exchange Group, which runs the bourse, apologised for the debacle on Thursday and said the fundamental cause was still unknown.

The TSE system's developer, Fujitsu, also apologised and said any findings would be disclosed through the exchange.

It declined to comment on any compensation issues, while TSE chief executive officer Koichiro Miyahara said the bourse had no plans for now for any compensation claims, taking "full responsibility" for the shutdown.