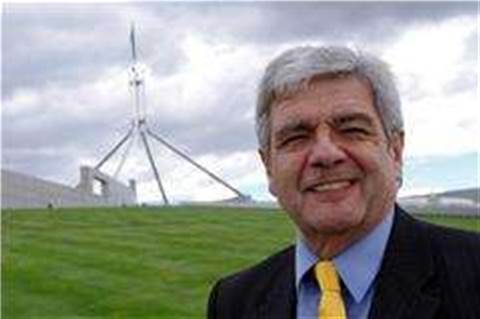 Comment: Agencies should have to publish their reasons for going direct.

The Australian Government needs to ensure agencies are more accountable for large purchasing decisions that are not tested on the open market.

Today, the main check and balance that ensures agencies are not getting too close to one supplier (and in turn ensures we get the best value for our tax dollars) is the Commonwealth Procurement Guidelines.

These guidelines, and compliance with them, need to be revisited.

Today you may have read my story on a $347 million deal the Department of Defence signed with IBM late in 2011, without going to tender.

To find out why they chose direct sourcing, iTnews had to file a freedom of information request for a written report into the procurement.

Under CPG s.8.34, any agency undertaking a direct source procurement worth over $80,000 is required to document why this approach was chosen over an open or select tender.

The agency is required to “appropriately file within the agency’s central filing system” a written report that includes:

In the interests of transparency and accountability, we shouldn’t have to file a freedom of information request for this report.

If the agency has a genuine reason for direct sourcing, the Government (most probably through the Department of Finance) should mandate that these reports be published.

In this case, the report didn’t reveal enough to satisfy my particular concerns. The Department of Defence argued that it must extend its relationship with IBM for reasons of “sustainment” – that moving off IBM’s platform represents too much risk.

If “sustainment” is a suitable excuse not to go to tender, the CPGs as they stand are useless. It assumes that the current system is still the best on offer, and represents the best value for money.

We don’t know the precise details of the deal - it may well represent great value for money. The problem is that we really only have the agency’s word for it.

Defence has made no attempt to approach the broader marketplace since 1999. Is Defence genuinely suggesting that a “market test” conducted 13 years ago can justify not reviewing the state of the market for goods and services worth over $340 million? Even in 2006, that market test would have been outdated. Today, it's antique.

Defence assures us it gained "more favourable terms and conditions" from IBM during renegotiation. The very principles of market competition suggests it might have done even better testing that deal against IBM’s competitors.

The Auditor-General made that point in a report on "Direct Source" in September 2010. The Auditor-General noted that when agencies “seek to rely on and to continue an existing supplier relationship rather than approach the market”, the Department of Finance can’t assess whether there is competition and the market.

“The frequency of such instances raises concerns about the appropriateness of original estimates, including whether agencies have adequately considered the possibility of contract variations beyond those included in the original contract," he wrote.

"More broadly, there [is] a tendency for weaknesses in procurement planning to result in Direct Source procurement when the existing contract and its options had been exhausted.”

The ANAO recommended that prior to procurement approval, an agency should document the “procurement need, the prevailing market circumstances and ... value for money assessments” that support its intention to go direct. The Department of Finance agreed.

Again, nothing should be taken to suggest that Defence's IBM's direct source deal represents poor value for money. But Defence’s s.8.34 statement provides no basis for ensuring it achieved value for money.

We could feel far more confident if it were mandatory to publish these statements on AusTender for any direct sourcing deal of such a scale.