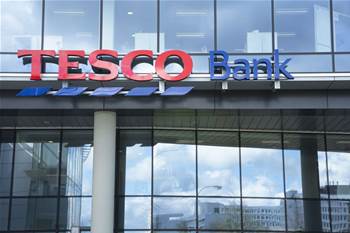 Britain's Tesco Bank has completely frozen online banking transactions after 20,000 of its customers had money stolen over the weekend.

The ‘precautionary measure' was taken after around 40,000 customers of the supermarket's retail finance arm reported suspicious activity on their current account. Of that, 20,000 are known to have said money was taken from their accounts without their consent.

Bank customers reported that their accounts had been plundered over the weekend.

A statement posted on the Tesco Bank's website, said that “current account customers will still be able to use their cards for cash withdrawals, chip and pin payments, and all existing bill payments and direct debits will continue as normal.”

Tesco Bank has also declared that it will refund customers who had money stolen.

At this stage, there have been no further details on how the money was taken, with the bank only saying it had been the victim of criminal online activity.

Tesco Bank has some seven million customers and 4000 staff. It was set up as joint venture by the supermarket chain and the Royal Bank of Scotland in 1997.

Got a news tip for our journalists? Share it with us anonymously here.
Copyright © SC Magazine, UK edition
Tags:
crimefinancefinanceithackingsecuritytesco bankuk