Thousands of Aussie scam victims urged to claim back cash 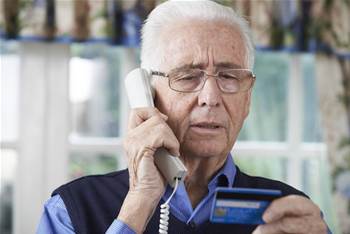 The Australian government is urging people who suspect they may have fallen victim to a Western Union money transfer scam to make a claim for their cash.

Last week a US court ordered Western Union to repay US$586 million to scam victims worldwide after finding the company had violated anti-fraud laws by allowing transactions to be made to scammers in an international consumer fraud scheme.

The scheme saw the fraudsters contact victims while either posing as a family member in need, or with the offer of prizes or job opportunities.

The victims were directed to send money through Western Union to help the purported relative or to claim their prize. The cash would instead go to the scammers.

Western Union said those who made wire transfers between January 1 2004 and January 19 2017 may be eligible to recover some of their lost funds.

The Australian government today said it estimated around 3000 Australians could be eligible for compensation.

Cyber security minister Angus Taylor said the government had been able to identify some of those potentially caught up in the scams through the Australian cyber crime online reporting network (ACORN), which allows people to report cyber crime to the government.

"Those people identified through ACORN will be notified in coming days that they may be eligible for a refund, but I urge any Australians who think they may have lost money via these scams to go to the official website and make a claim online," Taylor said in a statement.

The Australian Criminal Intelligence Commission (ACIC) will notify victims identified through ACORN this week to outline how they can make a claim.

Victims have until February 12 to submit their claim to the US Department of Justice, either online or by post.