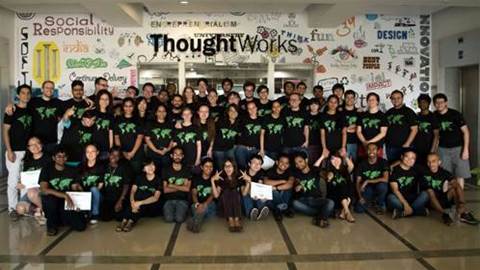 Global software company ThoughtWorks has been acquired by private equity firm Apax Partners, moving the business out of more than two decades of ownership by founder Roy Singham.

The Chicago-based software company was founded in the late 1980s, incorporated in 1993 and has grown to 4500 employees across 15 countries.

It provides software design and delivery and consulting services, and is known for being one of the earliest adopters of the agile methodology; its chief scientist Martin Fowler was a co-author of the Manifesto for Agile Software Development.

Singham appears to have sold his majority stake in the business to allow him to put greater effort into his privacy and social activism efforts. He had moved to a chairman role several years ago.

"While I was surprised to hear that he was selling the company, the news was not unexpected. Over the last few years Roy has been increasingly involved in his activist work, and spending little time running ThoughtWorks," Fowler wrote in a blog post.

"He's been able to do this because he's built a management team that's capable of running the company largely without him. But as I saw him spend more energy on his activist work, it was apparent it would be appealing to him to accelerate that activism with the money that selling ThoughtWorks would bring."

The potential for a trust to own ThoughtWorks in a post-Singham ownership model was considered, Fowler revealed, but "the tax bill involved in a change of ownership can be crippling".

"Despite several years of effort, we haven't found a way that would preserve the company in its current form. This further encouraged him to sell when there is no tax bill hanging over our head."

Fowler indicated the company would continue to run as it had over the past two decades.

"Like many people, I have an instinctive distrust of private equity, but just like IT services companies, there are many questionable private equity firms but a few good ones. So far our experiences with Apax are encouraging," he said.

"They put careful effort into their research on us, and seem to recognise the traits that have allowed us to succeed so far. They want us to continue with our business practice, including our three-pillar model, and are eager to maintain the existing management team that Roy has built."

The sale process - which Fowler revealed had been ongoing for a year and had attracted some big IT services firms - is expected to wrap up in the fourth quarter of this year.

"We recognise ThoughtWorks’ success lies in its people and a culture that promotes diversity and inclusion. Furthermore, ThoughtWorks’ focus on innovation and customer impact have made it a thought leader in its industry," he said in a statement.

"In partnership with ThoughtWorkers, we look to build upon the incredible foundation of the company and keep the unique cultural fabric which underpins the firm.”

Apax has a strong interest in the technology, telco, and services sectors. It bought ECi Software Solutions earlier this month for an undisclosed price, Syneron Candela for US$400 million in April, and the electronic monitoring business of 3M in January for US$200 million.

It has invested more than US$11.3 billion in various businesses since 2008.