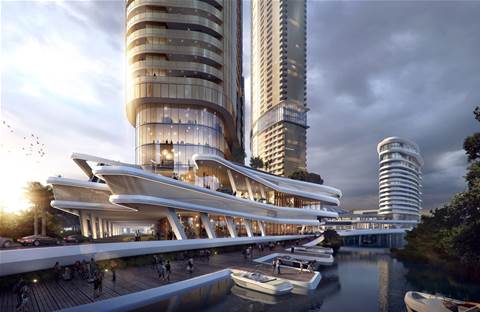 The Star Entertainment Group set up almost 7000 eligible employees on the government’s JobKeeper support scheme in less than a week using technology from SAP and DocuSign.

Following government restrictions on March 22, the ASX-listed group - which owns and operates The Star Sydney, The Star Gold Coast and Treasury Brisbane - was forced to temporarily stand down over 90 percent of its workforce.

A week later, the government announced JobKeeper and said that employees would need to fill in and return forms by the end of April in order to be enrolled in the scheme.

JobKeeper is a federal government scheme that provides a fortnightly payment of $1500 per week to impacted individuals through their employer.

“The Star therefore needed to find a tool to facilitate its remote workforce to complete and submit the applications at scale and speed,” SAP said in a statement.

The Star used SAP Signature Management by DocuSign “so they could access, sign, and submit the forms digitally.”

More than 2500 staff completed the form digitally in the first 24 hours, and over 90 percent of eligible staff within the week - in time to be eligible for the first two-week payment.

“The COVID-19 pandemic has impacted everyone in the community and businesses across Australia, and The Star is no exception,” The Star Entertainment Group CIO Laurent Fresnel said in a statement.

“By working closely with SAP and DocuSign, we rapidly delivered the necessary JobKeeper application paperwork to all staff in a matter of days, with staff able to sign and return the forms almost instantly.”

Fresnel also credited the internal work of the Group’s IT and People and Performance teams for quickly setting up the system.

“We hope that moving so quickly will minimise the wait for these payments and help impacted individuals to weather the storm,” he said.

DocuSign’s GM and vice president Brad Newton said that “being able to make business critical processes like JobKeeper applications less of a burden is a great thing.”

“Seeing this in action with The Star shows that no matter the size of the company, digitising this process can get employees signed up and paid fast and efficiently,” Newton said.