The end of Indian IT outsourcing as we know it 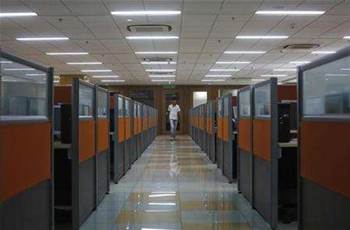 An employee arrives at Tech Mahindra office building in Noida on the outskirts of New Delhi March 18, 2013. Credit: REUTERS/Adnan Abidi

India's IT outsourcers are promoting "mini CEOs" capable of running businesses on their own, while trimming down on the hordes of entry-level computer coders they normally hire as they try to squeeze more profits out of their staff.

The shift by Infosys and others is symptomatic of a maturing industry that wants more revenue from its own intellectual property instead of providing only labour-intensive, lower-margin information technology and back-office services.

For young graduates who see the US$108 billion (A$103 billion) IT industry as a sure pathway to modern India's growing middle class, the transformation is unsettling.

Dozens of industry aspirants who were recruited on campus by No. 4 player HCL Technologies recently protested outside its offices in several cities. They were offered jobs in 2011 before graduating last year but have not yet been given joining dates — or paychecks.

"Dear H.R. You were also a fresher... once," read a sign carried by two protesters in a photo in The Hindu newspaper.

HCL's December quarter profits and revenues rose while staff numbers shrank — a rare trick in an industry that has long aspired to break the linear relationship between headcount and revenue growth.

Just 20 percent of the 5000-6000 campus recruits offered HCL jobs in 2011 have been taken on board since graduation last summer, and HCL said it made no offers in 2012 to students who would graduate in June 2013.

Slower growth, fewer people leaving, greater demand by customers for experienced staff, and increased productivity through automation and software have put pressure on all recruits, according to HCL, which said it expects to accelerate bringing entry-level staff on board from August.

"It's not that the demand doesn't exist. It exists for different skills," said Ajay Davessar, HCL's head of external communications.

"Typical roles which a student thinks, 'I'll just go there and start coding, and have a good life,' are being tested to reality... Any applicant, be it fresher or senior, will have to have flexibility in applying the skills elsewhere."

Tech Mahindra, the No.5 player, is naming 100 of what it calls mini-CEOs who will be given broad latitude to run their parts of the business.

"We're moving towards a situation like the developed economies, where we're asking the people to be more deep," said Sujitha Karnad, who heads human resources at Tech Mahindra.

While plenty of Indian back office work such as technical support, processing insurance claims or staffing call centres will remain labour-intensive, software services firms are looking to move up the value chain, which means relying less on the time and toil of staff.

Growth in revenue per employee across the industry could expand to 5 percent a year in the next two years from about 3 percent over the past five, said Forrester Research principal analyst Frederic Giron.

The growth rate is likely to accelerate from around 2015 as intellectual property-based work accounts for a growing share of the total, he said.

India's IT services industry grew in large part because of the availability of cheap skilled labour, an advantage that is eroding as wages and other costs in India rise.

In years past, it was cost-effective for IT companies to hire new graduates by the thousands and keep a portion on the "bench" awaiting deployment on a client project.

But budget-constrained clients now demand shorter lead times. IT vendors that might have hired people six months in advance of an expected contract are now working with a one- or two-month window, said Surabhi Mathur Gandhi, senior vice president at TeamLease, a staffing consultancy.

Traditionally, about 30 percent of Indian IT services industry staff are on the bench at any given time, often in training, as they await deployment to client work.

In the December quarter, about 70 percent of Infosys staff and less than 65 percent at No. 3 provider Wipro were deployed on billable projects.

At Tata Consultancy Services, the largest Indian IT services company, the figure was 72 percent, within what Ajoyendra Mukherjee, its human resources head, calls the comfort range of 70 to 74 percent utilisation.

Another IT services company, iGate, envisions a future where just 10 percent of staff sit on the bench, said Srinivas Kandula, its human resources head, who predicts that the size of its bench will shrink by 2 or 3 percentage points a year over the next five years.

Shorter benches mean a smaller share of hiring is direct from campuses, as seasoned professionals moving from a competitor would be less willing to wait to be deployed and firms are reluctant to pay them to do so.

Among top-tier companies that are most actively trying to push non-linear growth where revenues are not constrained by the size of the work force, about 70 percent of employees are experienced staff, up from 60 percent in 2008, said Rajiv Srinivas, an associate director at Tech Mahindra, who expects that to rise to about 90 percent in the next two or three years.

At Infosys, while the net quarterly addition of employees fell from 4906 people in the March quarter last year to 977 in the December quarter (excluding an acquisition), lateral recruitment held steady at an average of about 4300 staff per quarter through December, meaning the percentage of campus hires was much lower.

"Earlier, the focus was more on career ... You get into a job, you start learning, and slowly acquire knowledge over a period of time," said Sunil Gupta, who joined Infosys as vice president of quality about six months ago from the Indian unit of CGI Group's Logica.

For young Indians who saw IT as a ticket into the middle class, the change means that career path is becoming less clear. Those who do break in and build valuable skills will remain in demand, but the days of young IT staffers brandishing five or more competing offers are over.

Yet that hasn't necessarily translated into slower wage growth. Mercer expects industry salaries to grow 12 percent this year, the same as in 2012.

As India's economy diversifies, graduates have more attractive career options, including at multinationals with a growing India presence, such as Google, which means IT vendors must fight to stay attractive.

"We see IT companies as a back-up," said S. S. Jayaram, a final-year engineering student in Bangalore who says he chose a job in India with Mu Sigma, a fast-growing US-based data analytics company, over offers from IBM and TCS.