The DTA has a half-billion dollar watchlist of IT projects 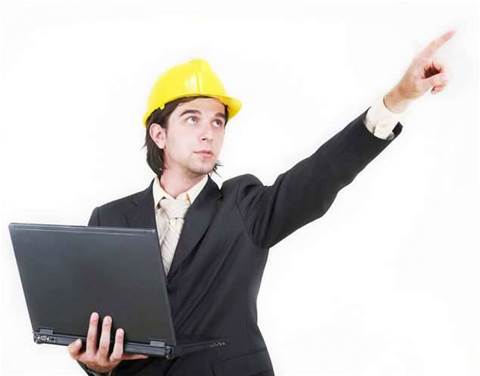 And it's expected to grow.

The Digital Transformation Agency will keep tabs on at least half a billion dollars worth of IT projects across federal government as part of a new project watchdog role it was handed earlier this year.

In February the DTA’s new digital investment management office was given the task of compiling a report and public list of Commonwealth IT projects worth more than $10 million by the middle of this year.

DTA chief operating officer Peter Alexander today said the process had so far identified 56 projects worth at least $10 million, though several large agencies were yet to catalogue all of their sizable projects.

However, in addition to those $10m-plus projects, the process has also turned up an additional 294 “critical business systems”, which it appears DTA will also take some oversight role for.

“When we asked agencies for their projects over $10m we also said are there investments that you would have that you wouldn’t classify as a project - an ongoing activity, a BAU system or a system under $10m – [but] that you would say is critical to the operation of government or delivery of the services,” Alexander said.

“We have that split. We’re still working through analysis of the dollar value [of all those systems] but they’re the raw numbers.”

The DTA is expected to reveal the total value of these IT projects on its interim watchlist to senators as early as today.

However, a very conservative calculation would put a minimum valuation in excess of $560 million.

Just how heavily DTA will apply oversight to these projects remains an open question.

Alexander said while some agencies had submitted full risk documentation to the DTA for their critical projects, others had simply provided an indication of “high-level risks” associated with the project spending.

However the DTA is using that information to come up with its own risk assessment of the projects. These would not be overly “pejorative” assessments – such as classifying projects as being of “high” or “critical” risk, Alexander said.

Rather, the agency has settled on a three-tier classification: engage, monitor and observe

“Our intent is turning [our risk assessments] into the broader mission of the digital investment management office to take projects into a state where we categorise them as: we will engage with those agencies and provide ongoing regular oversight; we would monitor a particular project and have less oversight but engagement with them; and then a last category where those projects would run and they would report to us annually about activity but they’re relatively low risk,” Alexander said.

“We’re doing that categorisation now and it will be the substance of the report [handed to government mid-year].”

Projects classified as ‘engage’ are those deemed most risky.

“We intend to take [them] under active management,” Alexander said.

“This could include having a DTA representative on their oversight board, regular engagement on reporting, engaging the senior responsible officer for that project, evaluating project and risk reports regularly, and potentially having deep dives on that project.

“For example, if it was a big data project that an agency was running, we would engage with them, bring data science specialists to evaluate their technology and the way they’re running their project, to ensure that the benefits they stated were achievable.”

New DTA boss Gavin Slater drew a clear line on how far the DTA would dip into these projects, categorically ruling out any direct role in the “remediation” of issues in an agency IT project.

“I don’t see the role of the DTA as going in and taking over a project,” he said.

“We are simply not resourced to do that and I don’t think it’s the best use of our expertise.

“I think it’s very important that accountability for projects resides with the business owners. We have an oversight role to play and if we feel there’s an opportunity for us to get involved to assist we will do that but it does not entail taking over the whole programme completely.”

Slater – who has been in the role just 23 days – deferred much of the questions raised at senate estimates today to other members of his staff.

He said though while he was in “the first 90 days” he was doing a lot of “learning”, he would have no problem making changes if he felt any part of DTA was ill-equipped to deliver on its remit.

“In a sense I reserve the right to have a look at how the agency’s currently structured, and if I feel it’s necessary to make some changes to align more clearly around the outcomes I would like to see the agency achieving then I will make those changes,” he said.