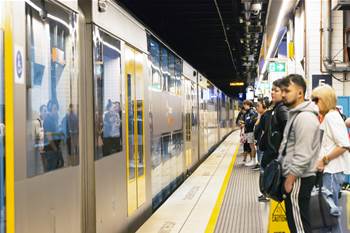 As it plans centre for quantum technology.

Transport for NSW is planning to run a series of quantum computing pilots from early next year, as it doubles down on ambitions to use the technology to help operate the public transport network.

After kicking off early explorations with the technology this year, TfNSW has revealed a more detailed plan to use quantum computing to tackle network management and congestion issues.

The agency is set to hold briefing sessions with industry in coming weeks to find partners to help research, develop and implement the pilots, with plans to finalise contracts and co-investment proposals in early 2022.

While details of the technology pilots remain scarce, dynamic scheduling, whereby schedules are updated in real-time based on crowding across the network, appears top of mind for TfNSW.

Other potential applications include intelligence traffic control, the ability to respond to network disruptions in real-time, mobility-as-a-service and predictive maintenance scheduling.

“[Quantum technology] has the potential to solve problems on the network in real time by instantly recalculating timetables and routes,” Transport Minister Rob Stokes said.

“It could essentially become a ‘self-healing’ network that interacts with cutting-edge technologies, including autonomous vehicles, artificial intelligence and smart sensors.

“It may also allow TfNSW to give customers personalised, real-time information to make their journeys faster, safer and more reliable.”

Deputy Premier and Regional Transport Minister Paul Toole also pointed to the technology being used to calculate the safest route on the road network in the event of a bushfire or flood.

“The faster you get information in an emergency, the better your chances of protecting life and property are, so [the technology] will be a game changer when it’s rolled out to the regions,” he said.

TfNSW began working with Sydney-based startup in April to investigate ways that quantum computing technology could be used to create and manage a more resilient transport network.

"We really want to go further than that with different types of pilots and scale that up, and also with an agenda over five years as well so we can really learn from it and take things from pilot over time into operations,” he said.

"We're thinking the contracts will last about two years, and as part of the roadmap we want to make sure there are checkpoints every two years because the technology is moving pretty fast.”