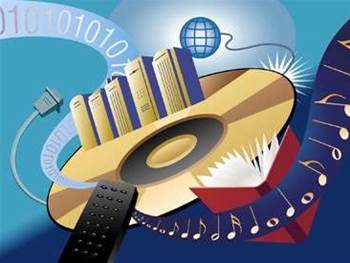 Massive arrays of solid state storage disks will be commonplace in large corporate data centres within three years, according to a leading vendor.

Currently used in everything from iPods to memory cards, solid state disks will quickly replace traditional disk-based storage in many areas, resulting in better system performance and lower running costs.

Scott Gnau, chief development officer at data warehouse giant Teradata, says he expects solid-state storage to become mainstream by 2011 and is likely to account for around 25 per cent of total storage resources within data centres.

“It will be up to customers to decide how much they want to use,” he told iTnews. “Obviously it could be anywhere from zero to 100 per cent, but I think 25 per cent is reasonable.”

Gnau revealed that Teradata has been experimenting with solid state storage as part of its research and development activities. He believes it has significant potential to change the way data centres of the future are designed and operated.

Solid-state disks offer more than twice the input-output performance offered by traditional spinning magnetic disks. They also do not suffer from problems such as head crashes and consume far less power when operating.

Company staff said the unit was giving significantly better performance than a spinning disk-based equivalent. However, they declined to reveal specific numbers.

The prototype has been built using a standard chassis designed for spinning disk storage, however staff said future designs would allow storage density to be improved and the number of cooling fans to be greatly reduced.

Gnau said efforts are now focused on speeding up elements such as disk controllers and software to take advantage of the input/output speeds offered by solid-state drives.

He also said the cost of the drives would need to fall significantly to put such arrays within the reach of large numbers of companies.

While it is unlikely that any company would replace all their spinning disk storage with solid-state arrays, many may opt to use it for their most time critical applications.

For example, transaction-based applications could store data in SSD arrays while older information that does not need to be instantly available could be stored on spinning disk.

Despite the advantage and appeal of solid-state disks, Teradata has no plans to abandon spinning disk storage altogether.

The software can intelligently move data from SSD to spinning disk as required, depending on a series of pre-set rules and performance parameters.

Teradata’s predictions for the future potential of SSD follow the recent news that Toshiba has managed to cram 256 gigabytes into a single solid-state drive.