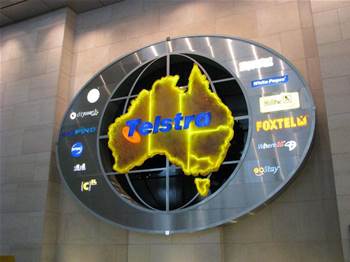 Unknown number of workers to walk.

A union representing almost 80 percent of Telstra employees has announced that the carrier's workers planned to strike from tomorrow, after the two parties again came to a stalemate over pay negotiations.

The Communications, Electrical and Plumbing Union (CEPU) said the strike would start tomorrow and would remain in place until a settlement over pay was reached.

CEPU branch secretary Len Cooper said the union hoped to involve it's entire Telstra membership (around 10,000) in the industrial action. He said, however, that only key technical Telstra employees would be removed from the workforce.

"It could be varied from five to several hundred people depending on the area and what sort of impact we're going to have," he said. "It will have an impact on installation and maintenance of all the corporate telecommunications services."

A Telstra spokesman said previous industrial action had "amost zero customer impact" and said it remained confident the vast majority of employees would "remain on the job".

The union previously rejected a deal offering a nine percent pay increase over a period of three years. The deal included a sign-on bonus with the potential for performance bonuses.

A strike was threatened shortly after and resulted in it being cancelled after "positive" signs were seen.

But the CEPU said today that negotiations with Telstra over pay had "finished".

"Last time there was a flurry of activity behind the scenes and they made a renewed offer but it wasn't good enough," Cooper said. "We have been trying since but it is clear they're not going to move so we've reapplied industrial action".

A Telstra spokesman said the telco had put a 10 percent pay increase over three years and a 2.5 percent cash sign-on bonus offer on the table.

The offer included annual annual performance bonuses of up to 2.5 percent per year. The offer had been on the table for a month.