Telstra to kill off Pacnet brand 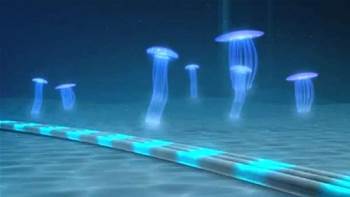 Telstra will discontinue the Pacnet brand after today announcing the completion of its $857 million takeover of the cable operator and telecommunications provider.

It today announced the deal had been completed after meeting the majority of conditions, regulatory and financier approvals.

Telstra's head of global enterprise and services Brendon Riley told investors the telco would now work to integrate Pacnet into the company, meaning the brand would be progressively retired.

The telco will continue the development of Pacnet's Chinese PBS joint venture, but will need to wait to integrate US assets until it receives regulatory approval in that country.

The US regulatory approval is the final hurdle in the takeover.

Pacnet is headquartered in both Singapore and Hong Kong, and counts around 815 employees across 25 offices across 11 countries.

It was formed in January 2008 as a result of the merger of Asia Netcom and Pacific Internet.

Its core assets include a global network of 109 points-of-presence (PoPs), 29 data centres, and submarine cables, operated out of delivery centres throughout the Asia-Pacific region.

Its 9620km EAC Pacific connects the US to Japan, while the 36,800km EAC-C2C joins landing points across eight countries in Asia.

Telstra's acquisition of Pacnet forms a major part of its plan to expand out of Australia and further into Asia.

It expects the addition of Pacnet to its portfolio would result in its global enterprise and services division in Asia almost doubling in size to become the leader in the Asian service provider market.