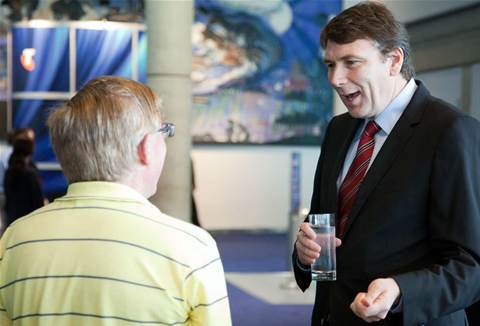 Telstra has told the press it will today announce an upgrade to its cable broadband network and unveil a "new high definition set-top box".

In May of this year, Telstra announced it would upgrade all of its Melbourne cable network to speeds of 100 Megabits per second by Christmas.

"We can take it if we choose, at some point to 200 Megabit per second," said previous Telstra CEO Sol Trujillo in May.

Trujillo said the technology would "turn homes into digital hubs" for the consumption of high-definition films, video file sharing and video conferencing.

At the time Telstra had been waiting for the DOCSIS 3.0 technology that underpins the 100 Megabits per second upgrade to be successfully deployed in cable networks overseas before it committed to the investment in Melbourne.

Trujillo had also threatened to roll out the same high speed broadband technology in other capital cities, in response to Government plans to roll out a National Broadband Network (NBN).

The set top box, or T-box, will make it possible for Telstra customers to download and watch movies using Telstra sites such as BigPond movies, or watch BigPond's IPTV channels, including news and sport, all without running up any additional charges, reports news.com.au.