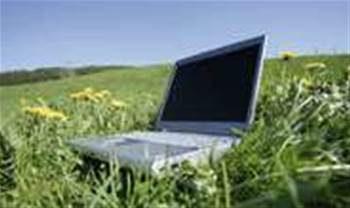 Telstra has proposed Australia embark on a "bold" future spectrum strategy in which regulators would boot almost everyone out of spectrum bands below 5 GHz, reserving it almost exclusively for mobile broadband.

The carrier's spectrum policy group manager Brian Miller told the ACMA's RadComms conference in Sydney that a 20-year plan was needed to allow such a "big shift in spectrum allocation management to occur".

"I think that mobile broadband will take up most of the spectrum below 5 GHz in 20 years," Miller said.

"Although LTE can cope with fragmented allocations, it's much more efficient if we can have contiguous [spectrum] allocations."

Handing off almost all spectrum below 5 GHz to wireless broadband in the long term would require many existing spectrum users to be migrated to higher frequency bands.

Telstra proposed moving fixed links to operate in bands between 5 and 50 GHz, for example.

He acknowledged that some spectrum users below 5 GHz, such as in the scientific community, would need to remain there.

He also said that if Australia pursued a proposal such as Telstra's, it could not occur in isolation.

It would have to incorporate lobbying efforts with international jurisdictions and standards bodies such as the ITU, 3GPP, APT, GSMA and IEEE to ensure there was global harmonisation on spectrum use.

"Global harmonisation is essential for coordination of interference across international borders, the ability of devices to roam across borders, and because devices like handsets would be prohibitively expensive without global standards," Miller said.

"In parallel with the international activity, we also need to form a long term national strategy and roadmap".

Telstra's plan drew a considerable amount of murmuring from the audience when it was presented at today's conference.