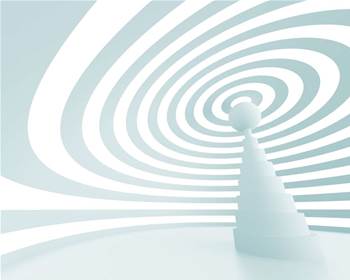 Telstra is investigating the viability of using its remaining 2G mobile spectrum stocks to deploy the second phase of its 4G mobile network.

The telco has sought to begin conversations with global chip makers, manufacturers and other carriers in the Asia Pacific to raise support for building devices that support Long Term Evolution technology over the 900 MHz frequency.

The telco became the first Australian carrier to launch an LTE network in September last year, using 1800 MHz spectrum it had ‘refarmed’ or repurposed from 2G services.

Rival carriers Optus and Vodafone plan to use equivalent 1800 MHz holdings to do the same sometime this year.

All three carriers are anticipating the forthcoming sell-off of digital television spectrum later this year to provide a second and more popular frequency range to roll out future LTE networks, allowing for greater device choice and coverage.

But Telstra director networks and access technologies Mike Wright told iTnews the telco is planning to use whatever spectrum it can to roll out future mobile technologies.

“When we look at spectrum holistically we just cannot see that at some point in the future we won’t want to use every bit of spectrum available to us,” he said.

“It’s not necessarily a critical time frame; we think it will eventually get there anyway. What we’re trying to do is move it along a bit.”

The carrier has not made a firm decision on using the 900 MHz spectrum for an LTE Advanced network - an upgrade on current LTE technologies - but Wright said investigations into the spectrum and required technology made sure that “technically, it’s very viable”.

The telco has been a first-mover in several mobile technologies globally, including rolling out HSPA+ and dual carrier HSPA technologies to provide theoretical speeds of up to 42 Mbps over its current 3G network.

Despite the recent LTE rollout, Wright confirmed the company is still contemplating whether to further boost its 3G network with upgraded dual carrier HSPA technology, which provides theoretical downlink speeds of 84 Mbps using the same MIMO technology that underpins the LTE standard.

Each step along the roadmap provides a little bit more capacity on what is increasingly becoming a struggling network as Telstra introduces more and more customers.

Plans to use the 900 MHz band for LTE technology - or any other technology yet to face global demand - are hampered by current poor take-up internationally by other carriers and interest from rival parties, resulting in a shortage of compatible devices, baseband chips and mobile base stations equipment required to make it possible.

Like the 1800 MHz spectrum before it, Telstra’s plans for the stocks are ahead of worldwide demand, which have in recent years focused on equivalent 700 MHz and 2.5 GHz digital dividend spectrum and potentially using the 2.6 GHz band as a globally harmonised roaming band.

Locally, Vodafone and Optus have used much of their respective 900 MHz stocks for 3G technology, further decreasing demand for devices and compatible equipment in the LTE space at least in the medium term.

The Australian Communications and Media Authority is concurrently investigating a potential replan of the 900 MHz band, reallocating unused parts of the spectrum for future mobile networks. It does not expect to make a decision on the spectrum until 2014.

Wright said the telco hoped to raise the same awareness and support for LTE use in the 900 MHz frequency band as it did with 1800 MHz.

“It’s a classic case of just starting that discussion and getting the ecosystem going where you look to go to probably what would be the most efficient re-use of the spectrum,” he said.

“It’s certainly not going to happen this year. We really need to keep working with the industry, see what type of scale we could get behind it and see if we can take advantage of the technology roadmap.”

Read on for Telstra's plans to win regional support for 900 MHz LTE - and for an indication of when it might switch off the 2G network.