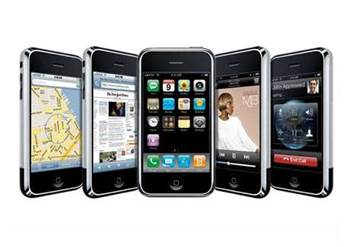 No retail customers in sight yet.

Telstra has signed the first customer to its 3G mobile voice and data wholesale service, opening up the infrastructure behind its Next G mobile network to resellers for the first time.

Wholesaler aggregator start-up iTelecom Wholesale will on-sell the post-paid 3G service to small telcos and service providers as an extension to its existing agreement with Telstra, first inked in September last year.

It is likely that iTelecom Wholesale’s customers will become the first to resell active retail services on Telstra’s 3G network.

Telstra has spent more than a year formulating a 3G product based on the Next G network it lauched in 2006.

It has lagged behind rivals Vodafone and Optus, which have both provided equivalent wholesale access to their respective mobile networks as their own retail businesses.

Telstra’s product will operate on the same 850 MHz and 2100 MHz spectrum ranges used to deliver its own 3G retail services but will lack many of the features offered on its Next G network.

Wholesale customers will not immediately gain access to the dual carrier portion of the network, which provides maximum bandwidth speeds of up to 42 Mbps, and access to its Long-Term Evolution network in capital and regional centres is similarly not expected for some time.

Telstra recommends a maximum average speed of 3 Mbps using the wholesale 3G product, in what industry sources called a ‘Next G lite’ version of the telco’s network.

Other tailored products such as pre-paid capability and standalone mobile broadband offerings have also been delayed, and are not expected until the second half of the year.

An iTelecom Wholesale spokesman said the company expected the service to become “a competitive product in the wholesale market” once more features were enabled.

Telstra sought to push the product to high-profile mobile virtual network operators including iiNet, Dodo and others based on the network’s geographic coverage and reliability.

iiNet CEO Michael Malone ruled out going with the Telstra for mobile services operated by itself or subsidiaries TransACT and Internode.

Instead, they would look to offer LTE to retail customers under an existing, exclusive Optus agreement.

“We have no appetite for signing up with the Telstra product.”