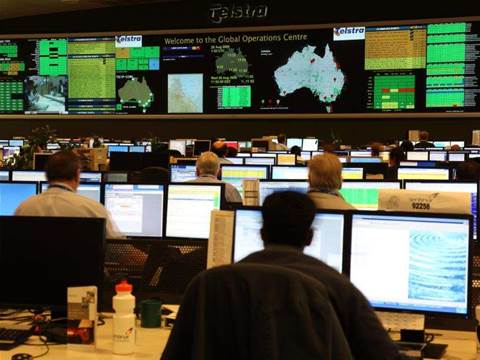 Only available to customers on older billing system.

The plans allowed businesses to purchase single allocations of 4 GB, 8 GB or 15 GB quotas which would contribute to a wider pool of eligible mobile plans on the same Telstra account.

Two users with 15 GB quota plans each, for example, would be able to share up to 30 GB of data between them over registered SIM cards.

The plans counted uploads and downloads toward the quota with excess data was charged at 10 cents a megabyte capped at $500 in excess charges each month.

The new plans would only be available to business users with 10-digit account numbers, or those using the telco's legacy billing system.

Users with 13-digit account numbers - used on the upgraded Siebel-based billing system - were not eligible.

A Telstra spokesman confirmed the new plans had been built in the telco's legacy billing system as the majority of Telstra business customers had yet to be transitioned to Siebel.

Newer customers wanting to sign up to the plans would be transitioned to the older billing system though the spokesman could not clarify whether that would make those customers ineligible for other plans and services only available to Siebel-based customers.

Vodafone has also offered a similar shared data plan, supporting up to 100 users on a single business account with shared data allowances of between 1.5 GB and 50 GB.