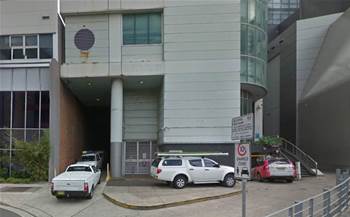 A spate of break-ins at Telstra exchanges across the greater Sydney metro area has now impacted at least 59 facilities, with security patrols beefed up at as many as 166 critical sites across NSW.

Telstra first revealed on July 30 that 26 exchange buildings had been broken into and vandalised.

The number was revised upwards to 44 buildings on the same day, and then again to 59 buildings by the middle of this month, according to an advisory by TPG.

“According to Telstra, all exchange sites are currently operational however some of these exchanges have suffered damage to critical electrical equipment,” TPG noted.

“The affected exchanges will be either closed, or have access restricted to all Telstra staff, contractors and [Telstra] Wholesale customers until inspections have been completed and any safety issues are resolved.”

The TPG advisory states that “due to vandalism of these sites, damage incurred includes leaving electrical equipment and wires exposed putting anyone accessing these facilities [at] risk.”

There have been unconfirmed accounts in recent weeks pointing to earthing and power cabling being targeted at the exchanges, though these could not be independently verified.

Telstra has confirmed that the “criminal damage” incident has resulted in outages to services that would take longer to repair than usual.

The last publicly-accessible information shows 5000 copper-based phone services are damaged. The impacted area stretches from Berowra in Sydney’s north to Cronulla in the south.

A Telstra spokesperson told iTnews that “all exchange sites are currently operational with majority open for normal business.”

“Where sites suffered damage to critical electrical equipment they were closed, or had access restricted, until inspections were completed and any safety issues resolved,” the spokesperson said.

“The majority of sites have been restored and restoration works will continue over coming days for the others.

“Restoration times can be impacted by the complexity of the damage, including sourcing new infrastructure and managing safety risks.

“Our team has and continues to work as quickly as they can and we have brought in additional expert resources where required.

“We understand this situation may be an inconvenience and result in some delays to fault repairs and activating new orders, but the safety of our people, contractors and customers is paramount.”

Telstra said it is continuing to work closely with NSW Police “to assist in capturing the offenders” responsible for the string of break-ins.

“We are unable to provide further information on this as it is an ongoing investigation,” the spokesperson said.

The telco did not address questions on whether the number of exchanges hit had increased, or on the physical security it has contracted to watch sites outside of business hours in the wake of the break-in spree.