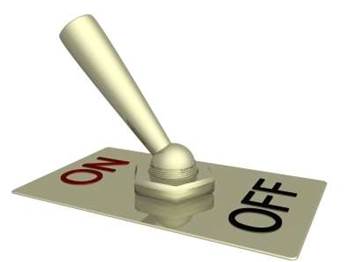 The clock is ticking for Telstra customers, as the CDMA mobile network hits its expiration date at midnight tonight.

Customers who have put off switching their service before 12am will find themselves with useless mobiles tonight.

“At midnight AEST, our engineering team will progressively turn off the CDMA network and from that time our CDMA customers won’t be able to send or receive any phone calls, text, or data,” said Telstra country wide director, Gary Goldsworthy.

Since then, Telstra has implemented a number of the Minister's recommendations in an effort to bring the Next G network up to scratch. These included establishing a hotline for users experiencing Next G handset problems and sending out teams of "Coverage Advocates" to visit customers in rural areas to help them make a smooth transition to the new network.

“I am satisfied that Telstra has met the equivalence tests in its licence condition and has sufficiently rectified the problems I identified in January, including handheld handset coverage, customer information provision and the availability of equipment and services,” Conroy said in confirmation of tonight's planned shutdown.

The CDMA shutdown will make way for the Telstra's Next G network, which the company says will carry 7.5 times the data allowed by CDMA.

But some see this switchover as a missed opportunity to make real changes in the industry.

“I’m a bit disappointed,” said telecommunications analyst Paul Budde. “The fact remains that Telstra still has a huge monopoly in regional Australia and this changeover would have been an ideal time for the Government to make changes to increase competition, particularly in rural areas where customers have less choices.”

“I have no issues this new network [Next G], I think it’s a great step forward as far as technology and standards, I just think it’s a missed opportunity to better regulate the telecommunications industry.”

Telstra urges those customers who still have not switched to a new mobile network to immediately contact a Telstra shop or dealer, and visit www.telstra.com.au/cdmaupgrade for more information.
Got a news tip for our journalists? Share it with us anonymously here.