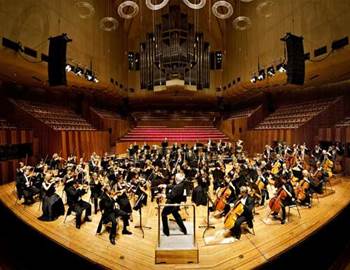 Telstra has shed further light on the architecture behind an intelligent network orchestrator it built last year under the codename Symphony.

First revealed at Cisco Live in 2015, Symphony is one of a growing portfolio of network function virtualisation (NFV) projects running inside Telstra.

Symphony essentially acts as a way to stitch cloud, network and managed services together to create new products that can be activated, configured and managed mostly via self-service.

“Symphony takes all the infrastructure that exists out there in our network and in our customers’ sites [and] it provides the mechanism to chain those services together into multi-component service constructs,” cloud technology strategist Rik Harris told the OpenStack Australia Day in Sydney.

“We can chain a set of services together, press a button and it will happen.”

Symphony grew out of a desire to innovate and bring products to market more quickly, and this influenced Telstra’s decision to use Cisco’s OpenStack-based Intercloud public cloud as its foundation.

Intercloud was also a readily available option to the Symphony team, with the infrastructure-as-a-service product hosted out of Telstra data centres.

“Our decisions around foundation infrastructure were really more about how do we get this project delivering results as quickly as possible,” Harris said.

“Because [Cisco’s] cloud was here and we could use it as customers it was pretty much a no-brainer [to go down that path].

“It was also partly because we wanted Symphony to be a software project. Whenever you bring physical things into a project, at least at Telstra, that tends to add a lot of lead times to projects.

“So our biggest objective was to get value as quickly as possible and there was very little reason for us to go and try to deal with something [else] ourselves.”

Taking OpenStack as a service rather than spinning up its own instance allowed Telstra to work on early wins from the Symphony project.

“One of the obvious benefits of using OpenStack for the underlying platform for delivering Symphony is speed,” Harris said.

“We were able to get our trial prototype environments up within days. In a company like Telstra with the procedures and so on we’ve put in place over the years it would have taken much, much longer to put in place [through other pathways].”

Additional test environments could also be spun up at short notice based on need, and Telstra’s engineers can experiment with and change service constructs without being locked into a design upfront.

But even consuming OpenStack as a service has not been without its challenges.

“Because we chose the most convenient available platform we are limited to where that particular platform is physically located,” Harris said.

“The fact that we’re using a public cloud platform and not one that we purpose-built does mean that we’re somewhat limited to the changes that we can make, and I say mostly there because we work closely with Cisco and they did actually enhance the OpenStack platform in a few cases to help make this a success.”

Harris said Telstra had also run into challenges with Neutron, the networking component of OpenStack.

“We found that the Neutron networking did not do everything that we needed,” he said.

“We had a mixture of Neutron and VNF [virtual network functions] based networking to meet all of the different types of needs that we had.”

It was also a challenge providing Cisco OpenStack Installer (COI) access “to everyone” who needed it.

This was resolved in part with Linux container technology Docker, in one of the first known uses inside Telstra. iTnews recently profiled Australia’s part in Docker’s meteoric rise.

“We ended up packaging [COI] up into Docker with all of the dependencies and so on, so that was something that was helpful for us,” Harris said.

Telstra uses the Ansible IT automation tool as part of the way it manages the environment underpinning Symphony.

Harris said Telstra looked “at a variety” of automation tools but found them “somewhat immature” and often more focused on deploying – rather than using – OpenStack.

Telstra ended up using a beta version of Ansible (the features it wanted have since entered full release), but some challenges remain.

“Just one little example is if you deploy a server onto an OpenStack platform and you have two network interfaces that you configure, it does that fine,” Harris said.