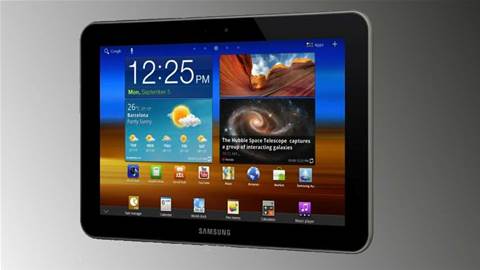 Telstra has confirmed plans to offer a version of the Samsung Galaxy Tab 8.9 tablet that is compatible with its Long Term Evolution (LTE) mobile network.

The telco said it will launch the Android-based tablet from today, confirming rumours earlier this month of a partnership with Samsung.

It marks the first tablet to be compatible with Telstra's upgraded mobile network, following the launch of a mobile broadband USB dongle last year and the HTC Velocity 4G smartphone last month.

Tablet features include a 1280×800-pixel HD display, a 1.5GHz dual core processor, 3-megapixel  camera and a choice between 16GB and 32GB flash storage.

It will run Google's Android 3.2 (known as 'Honeycomb') operating system but will be upgradeable to Android 4.0 "in the future".

Telstra is quoting download speeds of up to 40 Mbps for customers on the 4G network and a maximum upload speed of 10 Mbps, which have been replicated in private tests of current devices. 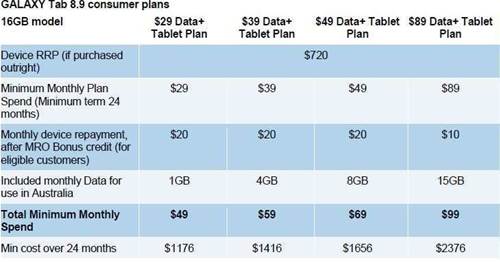 The 4G network is currently available in Australia’s eight capital city CBDs plus around 80 regional and metropolitan centres.