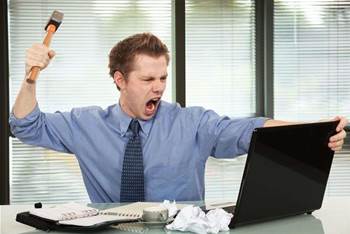 Telstra Apple users have been struggling with significantly slowed data speeds to and from Apple services for the majority of this week following a break in the SEA-ME-WE submarine cable.

Over the last week Apple users on the Telstra network have reported issues downloading anything from Apple services such as the App Store or Apple Music, through both iOS and OS X on both mobile and broadband connections.

The issue is further compounded by the inability for Telstra Apple users to access the newly-released updates to the iOS mobile operating system as well as the new El Capitan version of OS X, both which went public this week.

Telstra indicated this issue was related to a cut cable, but declined to comment specifically.

Vocus general manager of engineering Rick Carter confirmed the SEA-ME-WE cable connecting Perth to Singapore has been cut at segment 3.3 since September 25.

He said a cable repair ship had been deployed to address the issue and expects to repair the cable by October 15.

Internet service provider iiNet has posted a fault notice with an unnamed international cable alerting customers to a similar issue.

iiNet said there may be delays to the rectification work given the cable's under-water location.

The SEA-ME-WE cable has a history of damage. This week's cut marks the third time in under three years the cable has been broken.

It suffered a cut last December, with services affected for several days, and also prior to that in January 2013, which took nearly four months to resolve.

Telstra said it was working to resolve the issue as quickly as possible, including by utilising alternative paths while repairs are undertaken.

Some users have reported being able to get around the problem by changing DNS servers or using a VPN provider to bypass Telstra's default routes and circumvent the submarine cable issue.

Far out, I guess the  servers are getting hammered, an Australian CDN would help I’d think. #ElCapitan pic.twitter.com/KYYQQFxeGS