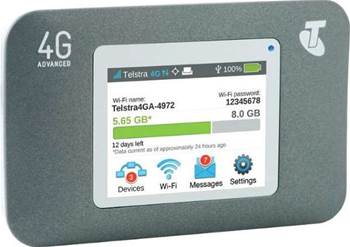 Telstra will cease development of 900 MHz + 1800 MHz for its LTE-Advanced network to instead focus on pairing 1800 MHz with its newly acquired 700 MHz spectrum.

Telstra’s first round of trials for LTE carrier aggregation technology - in which two frequencies are used at the same time to theoretically double upload and download speeds - in July last year combined 900 MHz and 1800 Mhz spectrum on the Sunshine Coast.

But the telco has decided not to extend the first LTE-A implementation, and will instead focus on coupling the two 20 MHz chunks of 700 MHz spectrum it won in the federal government’s digital dividend auction last year with 1800 MHz.

“The 900 MHz and 1800 MHz service is still operational in a number of locations, including the Sunshine Coast, but will not be expanded as we focus on the use of 700 MHz and 1800 MHz,” a Telstra spokesperson confirmed.

“Our intention for carrier aggregation was always to focus on 1800 Mhz and 700 MHz – hence the purchase of the additional 700 MHz spectrum.”

Earrlier this year Telstra announced a second LTE-A network rollout across 20 towers in Perth, Fremantle, Esperance, Mildura, Mt Isa and Griffith in which it paired 700 MHz with 1800 MHz, after being granted an early access license to the 700 MHz spectrum by the Australian Communications and Media Authority.

Last week it added Sydney, Adelaide, Darwin and a number of other locations to the rollout.

At the moment, only one device - the soon to be released Samsung Galaxy Note 4 - will be compatible with carrier aggregation. Telstra last week promised a further 13 devices able to use both 700 Mhz and 1800 MHz would be available before the end of the year.

The telco today also revealed in a blog post that carrier aggregation would be deployed wherever it rolls out the 700 MHz spectrum.

"And since Telstra has double the 700 MHz spectrum of any other carrier, this will provide us with the ability to offer greater speeds and capacity to our customers," Telstra's director of wireless network engineering Max Jennings said in the post.

Telstra first investigated the possibility of using its remaining 2G 900 MHz mobile spectrum for use in its 4G network in 2012, despite admitting to challenges around poor international take-up and a lack of compatible devices.

Fellow telcos Optus and Vodafone have repurposed the majority of their 900 MHz holdings for 3G networks in Australia.