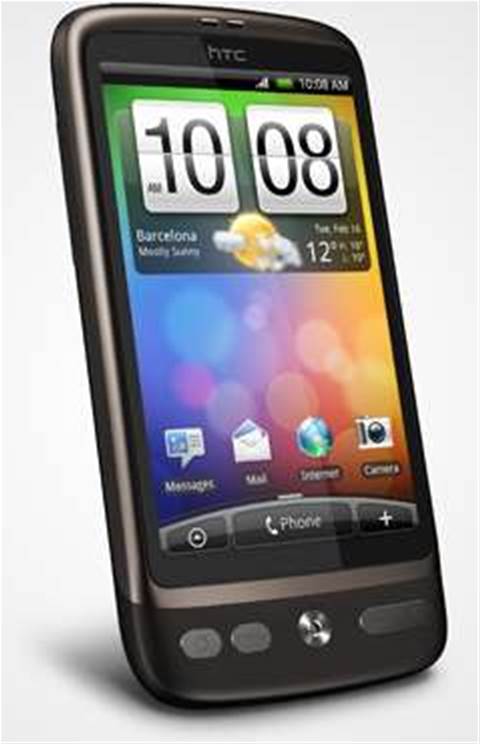 The big T gets exclusive rights to Android phone.

Telstra today confirmed that the carrier will be carrying its first Android-powered phone as of April 2010.

The carrier will offer the HTC Desire, which was launched at Mobile World Congress (MWC) in Barcelona two hours before Telstra's announcement today.

Known in development circles as the HTC Bravo, the HTC Desire is based on the Android 2.1 operating system and sports a 1 GHz Snapdragon processor and a 3.7 inch, WVGA display.

Telstra has confirmed it will have exclusive access to the HTC Desire in Australia for three months.

"We are delighted that our close relationship with HTC means that Australia's most advanced Android smartphone will be available to Telstra customers first," said Telstra CEO David Thodey.

A spokesman for the carrier said the device will be customised to prioritise Telstra content.

"There will be some customisation, but within the bounds of what Android offers," he said.

HTC and Telstra will, for example, integrate native Telstra apps such as Foxtel on the mobile and the Whereis GPS navigator into HTC's 'Sense' interface.

The Telstra spokesman said users will "still have the freedom to personalise" the device.

Pricing will be announced closer to launch.