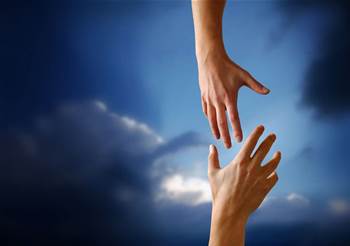 Telstra is the latest company to join the IT flood relief effort, offering businesses who had lost their email server a free subscription to Microsoft's hosted email and collaboration suite through the carrier's T-Suite service.

The subscription was available until 31 May and came with "implementation support" from Microsoft gold partner Productiv.

A Telstra spokesman told iTnews the free license was available for up to 20 seats.

Businesses affected by the flood crisis in two states were being offered everything from hosted infrastructure to internet and office space to help them regain their feet.

Yesterday, Intrapower offered to use any spare on-demand capacity it had to give businesses free email services, with businesses free to migrate data "back to their own systems once they become available".

Chief operating officer Darc Rasmussen told iTnews there was no limit on the size of business that could take advantage of the offer.

"We had quite a few discussions on size limitations but it's really driven by the amount of capacity we've got available," Rasmussen said.

"What we've seen is that the businesses that have applied for assistance so far have ranged in size from three micro-businesses all the way up to the 100 user mark.

"If we get a business with several hundred users [wanting to take us up], we'd obviously discuss with them which users are most critical."

Microsoft itself said affected businesses could open test accounts on its Azure cloud service to store business back-ups for up to 30 days.

However, the free accounts carried "no SLA or data liability" and they could be deleted at any time.

"If you do not agree to these terms, do not use this service," Microsoft advised in a blog post.

Web hosts including VentraIP had offered to space for affected Brisbane data centres to remotely back up servers to locations in Sydney and Melbourne.

Affected businesses could also potentially get their hands on refurbished IT equipment from the Queensland IT Relief Fund, which was supported by staff from Datacom and Microsoft, among other organisations.

Environmental consultancy BMT WBM said it had furnished office space in Spring Hill for up to 120 people that it would make available with "free business grade high speed broadband" provided by Intrapower.

The free internet service consisted of diverse paths - a Telstra terrestrial link and a high-speed wireless connection from BigAir - both of which had been supplied to Intrapower on a "concessional" basis.

Rasmussen told iTnews that about 50 of the 120 seats remained at the time of publication.