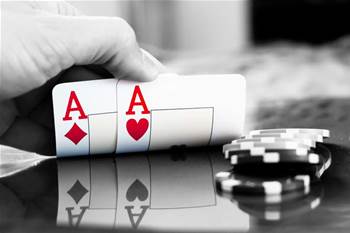 Comment: But cards are still close to its chest.

Mobile wholesale and customer segmentation have been key planks of telco strategies in mature markets throughout Asia Pacific.

Telstra has finally dipped its toes into the 3G wholesale space, opening up its 7.2Mbps HSPA network to resellers and MVNOs.

So far, the move is "softly softly" – it is only available for postpaid voice and data services currently - but the telco promises prepaid and mobile broadband wholesale products later this year.

The move is a sign of a maturing Australian market – operators cannot hope to tap all remaining niche market elements themselves.

But this MVNO strategy is typical of Telstra – while opening up a portion of its 3G network, it has kept lock and key on its crown jewels - the 42Mbps HSPA+ network - and it has made no inclination that its LTE network will be resold by anyone in the near future.

One can hardly blame Telstra for wanting to protect its key mobile market differentiating factor.

On the other hand, Optus' successful MVNO play could come under pressure should Telstra undercut its major rival on MVNO network lease prices.

But there are still some significant MVNO opportunities that Telstra could sweep up, such as signing household names - Coles or Australia Post - as MVNOs.

For some customer niches, Telstra seems to prefer a retail-based strategy, leaving a question mark over just how far it will go down the wholesale route.

It recently embarked on a customer segmentation mobile strategy, targeting several mobile segments it believes it is "underweight" in.

These include Chinese and Arabic ethnic communities, deemed "high value" customer segments in both prepaid and postpaid, and the youth market, particularly the 24-29 year old age demographic.

These segments are under-represented in Telstra's market share due to competition from niche MVNOs. To counter this, Telstra has launched eight new retail outlets in Sydney as "ethnic-only stores".

To better serve the youth market, it has increased its presence at supermarkets and convenience stores and extended its handset range into prepaid smartphones.

Rather than sign-on specialist MVNOs to target these areas, Telstra is "testing the extensibility" of its brand, according to Gordon Ballantyne, Telstra's Group Managing Director for the Consumer business.

We prefer to call this Telstra using its financial muscle and extensive customer knowledge to tap these areas itself because it can.

The point is that customer segmentation strategies by incumbents and MVNOs alike in this market is about to get a whole lot more competitive – finally.