Telehealth and the NBN myth 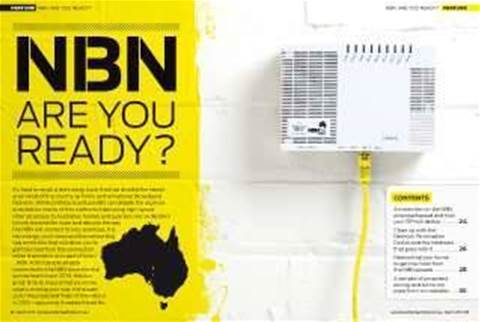 Of all of the many promises the NBN is supposed to fulfill, its role in the delivery of electronic health is probably the most contentious.

Society has a very real problem of escalating health costs for services struggling to meet the increasing burden of ageing, chronic disease and obesity. Alongside this is the promise of improved efficiencies brought about by computerisation and faster broadband networks.

This makes it easy, as CSIRO has just done to proclaim that $4 million worth of Federal Government grants is going to go some way to solving the burden of healthcare by funding two trials of telehealth.

Like many health issues however, it is not that simple.

What is never mentioned in the press releases are the many studies that have shown no or equivocal effects brought about by the use of eHealth. Most recently, a report in the British Medical Journal found that when looking at 1500 patients with chronic obstructive pulmonary disease, diabetes or heart failure over a 12 month period, telehealth and telecare produced “no net benefit” when compared with regular modes of care. And actually, this is not surprising.

With chronic disease, the issue is about prevention and less about treatment. We have a chronic disease problem in part due to increasingly sedentary lifestyles coupled with obesity. Being able to weigh an obese person at home doesn’t alter the fact that they are obese. Telehomecare doesn’t modulate exercise, diet or compliance with medications and treatment.

There is certainly a place for telehealth and fast networks that support it. Providing specialist care over a videoconference link is definitely preferable to a patient travelling large distances to be told that they are fine and the doctor will see them again in 6 months.

However, in Australia, we have been already doing this for some time.

Western Australia, for example has had sophisticated videoconference-based telehealth services operated by the Department of Health WA for some years. The complexity around this was not the technology but the administrative processes involved with getting patients to a clinic at one end and the right doctors and health professionals at the other.

The same is true of remote eye screening programmes. Ophthalmologists across the country have been doing asynchronous reviews of retinal images again for some years.

This work has shown that it makes sense to identify indigenous patients with eye problems, in particular those brought on by diabetes, it remains a challenge to get them treated by specialists in a timely fashion in one of the major cities.

It is a paradoxical feature of this Federal Government that it can be desperately cutting funding from universities (doing real teaching and research), while at the same time funding “trials” of technologies that have been in practice for many years and have proved equivocal in their benefits.