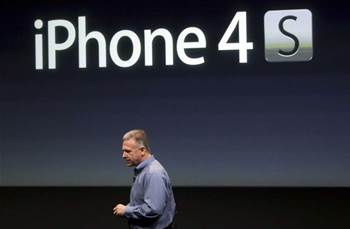 MVNOs miss out on bite of the Apple.

New Zealand's incumbent telco will join rival Vodafone NZ in releasing Apple's popular smartphone for the first time this week with the launch launch of the iPhone 4S.

Telecom NZ's retail arm will launch the fifth generation of Apple's popular device on November 11, providing customers with the chance to buy the handset outright or on two-year contracts.

The announcement marks a break from past iPhone launches, during which Telecom had failed to secure handsets from Apple, leaving Vodafone's New Zealand subsidiary as the sole telco in the country with the device.

A spokeswoman for Telecom NZ refused to comment on what had swung the deal with Apple.

The US-based phone maker had used the latest generation of its smartphone to open further carrier agreements worldwide, including in the US and Japan.

However, the announcement appears to have taken Telecom's wholesale division by surprise. The wholesale arm told its mobile virtual network operators (MVNOs) customers that it was unaware of the iPhone 4S announcement.

Due to "commercial sensitivities", Telecom Wholesale remains unable to supply Apple products to its MVNO channel, it said.

The device will not be available through Vodafone MVNOs, Orcon and Slingshot, either.

Telecom's on-contract plans start at NZ$80 a month for 200 voice minutes to any network, as well as 300 SMS messages. Customers get 1GB of data.

Vodafone NZ will also sell iPhone 4S from November 11 but has yet to reveal its contract plans.

The third major network operator in the country, 2 Degrees, says it has no plans to offer the iPhone 4S.

New Zealanders are also able to buy the handset outright from Apple's online store, with a limit of two per order and a fortnight delivery time.