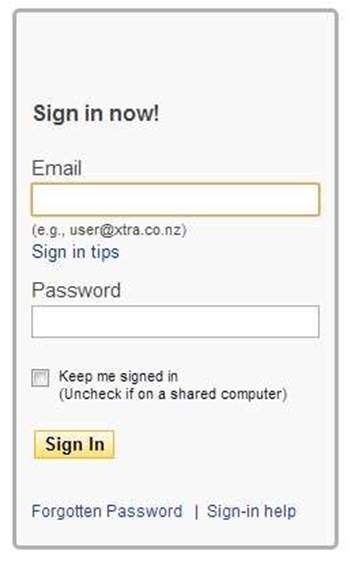 Telecom NZ has decided to retain its email deal with Yahoo!’s Xtra after 22,500 of its customers were affected by a high-profile raid on the web giant’s service last month.

In response, Telecom NZ conducted a “comprehensive review” into whether to move its email service for retail ISP customers away from Yahoo!.

Spammers had allegedly exploited a security vulnerability in Yahoo!'s internal network to gain access to contact details for Telstra’s Xtra customers. The service was in use by about 450,000 subscribers, of which five percent were affected.

The telco today announced it would continue to use Xtra and Yahoo! as its email provider, citing feedback from customers valuing the service.

It said Yahoo! had promised to improve its customer experience of the service.

Telecom Retail CEO Chris Quin said the problem of email security was not limited to the web giant.

“All email providers are engaged in a continuous battle against online crime and spam. Yahoo!, as one of the biggest global providers of email, is at the frontline of this battle - they alone block more than 600 billion spam messages a month,” he said.

“They’ve made it clear to us how seriously they take the overall security of their systems and our customers’ data.”

Quin said both Telecom NZ and Yahoo! were evaluating processes to alert customers with compromised accounts.

“This will involve automatically directing customers to a webpage that advises them their accounts have been compromised and then steps them through changing their password, and making any necessary changes to their settings,” he said.

“We are also evaluating a solution that would see us move to Yahoo! standardised infrastructure, rather than the bespoke service they provide us with today. We believe this would offer a more robust and flexible platform, with greater redundancy than our current setup, improving the reliability of the service, and reducing the impact of any incident if something does go wrong.”

Telecom NZ outsourced its in-house email service for 800,000 customers to Yahoo in 2007. Many customers experienced issues at launch, being locked out from email for days, and the telco was later forced to pay NZ$7 million in compensation and issue a public apology.