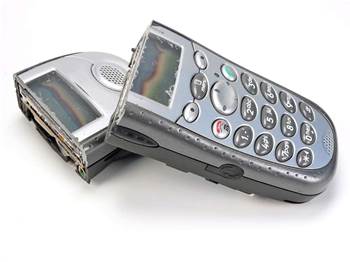 Gen-I CEO fronts up to customers over XT network failure.

Chris Quin, CEO of Telecom New Zealand's IT Services arm Gen-I Australasia, took the unusual step of facing over 200 of his company's customers and New Zealand media in a live webcast today, to answer questions over the prolonged service outage that is currently affecting the new XT mobile network.

Many of these customers have been without mobile connectivity for several days. Telecom's XT customers south of the North Island town Taupo, including the capital Wellington and the entire South Island, lost connectivity on Wednesday at around 10.30am.

Since then, Quin claimed the service is gradually being restored. But of the 54 cell sites affected by the outage, 39 - mainly in the south of the country - are yet to be restored.

Sites are being brought back one by one and tested thoroughly, Quin said. He was unable to provide an estimated time for full service to be restored .

It is the second outage affecting customers south of Taupo after an outage December 14, 2009, but Quin said it was caused by a different problem. This time around, the transport links to affected cell sites have ceased working, Quin said, and added that the problem is hardware related. Telecom is working on determining the root cause of the problem, he said.

One problem that's making the restoration process take longer is the registration storm that occurs when XT handsets and devices announce themselves to the network as the service becomes available, Quin said.

Alcatel-Lucent, the vendor that built the XT network for Telecom, has flown in specialists from around the world to work on the failure - including the CEO of the company, Ben Verwaayen, Quin said.

Asked what Telecom and Gen-I are doing for customers that absolutely need phone services, Quin says these are advised to use landlines. Telecom is also lending customers handsets that run on its existing CDMA network, and routing calls from XT to it.

To prevent future large-scale outages like the two experienced in the past six weeks and to add resilience to the network, Telecom is looking at boosting capacity on XT, Quin said.

An independent review of the XT network is underway, Quin says, but he wouldn't reveal who will carry it out, as the contract hasn't been signed yet. The reviewer is a global organisation with no ties to Telecom or its partners. Quin promised that recommendations from the review will be made public.

While "accountability is built into the commercial relationships with our partners", Quin says that asking Alcatel-Lucent for compensation wouldn't add value for the incumbent's mobile customers.

Customers may however be in line for compensation, Quin said, but the priority for Telecom now is ensure that service is restored fully.