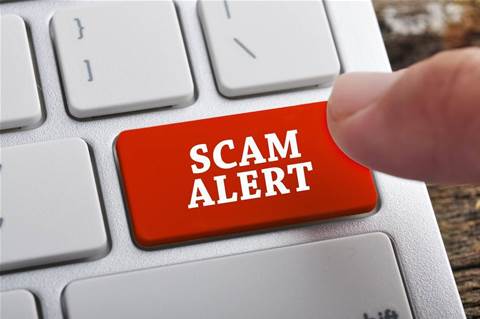 Australian telcos will be subject to new enforced obligations mandating cooperation and the use of several techniques to thwart scam calls.

The Australian Communications and Media Authority (ACMA) and the government jointly announced their response to the issue on Wednesday morning.

From Q2 next year, telcos will be required to share scam call data and to commit to a series of actions designed to “verify, trace and block scam calls”.

They will also need to “implement and update SMS filtering technology” and be required to stay on top of “broader technological development and international initiatives for potential implementation”, the ACMA said.

The ACMA is immediately overseeing three technical trials in preparation for the Q2 2020 commencement of the enforceable provisions.

“We will be trialling a Do Not Originate (DNO) list, which compiles a list of safe numbers from organisations like banks and the tax office and prevents them being used for scams,” Cameron said.

“Further trials will target the Wangiri ‘one ring and drop’ Scam, which has been identified as one the industry can potentially bust by working together.”

The Australian Taxation Office (ATO) will take a direct role in the DNO list trial.

“High-profile, trusted brands, including the ATO, have been secondary targets of scams that spoof numbers that have been issued to them,” the ACMA said.

“The approach is used by scammers to gain trust, e.g. that the number calling is from a verifiable and trusted party.

“This DNO list trial, involving the ATO, will explore industry-wide network solutions to:

block scam calls using CLI issued to trusted brands/high profile targets where it can be verified they are being used by malicious actors; restore consumer confidence in calls from trusted brands; [and] test future viability for wider roll-out, including, potentially to SMEs and consumers whose numbers have been used.”

That trial is also expected to aid the likes of NBN Co, which the ACMA also said was impacted by these types of scams.

The ACMA said that it had canvassed broad support for a more collaborative approach to addressing scams.

“Telco industry submissions indicated that the project was welcomed, with most stating it had brought renewed focus to the issues,” the authority said.

“Broader stakeholder submissions also welcomed the project and reiterated the imperative for action.”

In particular, what amounts to enforced cooperation among telcos is seen by the ACMA as important to overcoming ineffective point solutions to the problem.

“While the telco industry states that blocking is a relatively straightforward activity, verification of scam calls can be challenging,” the ACMA noted.

“Currently, some telco providers use a range of data sources to identify scam calls while others use network traffic analysis.

“There is a need for consistent protocols, processes and infrastructure to support sharing scam call data across industry.

“Enforceable obligations are needed to ensure a consistent effective approach is taken to verify, trace and block scam calls.”

“For too long, scammers have been targeting Australians,” he said.

“At the very least, they have been creating a major inconvenience, by harassing us over the phone, email and internet.

“At worst, they have caused victims significant emotional and financial hardship.”