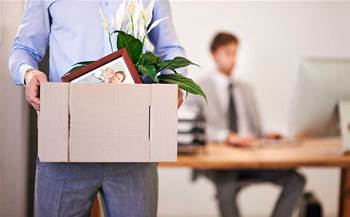 Three Unions representing telco workers have reached a stalemate with Telstra over redundancy benefits for workers moved on by the carrier.

The three Unions operate a Single Bargaining Unit (SBU) in their talks with Telstra and said their joint negotiations have been disappointing because the telco has sought to bring back a controversial and previously-rejected clause in its redundancy agreements.

The clause in question is called "Clause 45" and would permit Telstra to make workers redundant and then offer them jobs in its subsidiary companies on packages that “are no worse” and “substantially the same” as their current jobs.

That's worrying to Unions because Telstra plans to transfer many staff to "InfraCo", its planned new standalone business unit dedicated to network builds and maintenance. Unions are all-but-alleging that Telstra wants to degrade their working conditions along the way.

“The SBU’s initial reaction was that while the relevant industrial instrument ... continues to cover employees following a transfer, these can be replaced with inferior terms and conditions,” the CEPU said in a statement.

“The entire SBU expressed extreme disappointment with Telstra resurrecting such a controversial clause which had previously been put to bed,” the Union added. “The SBU outlined initial concerns and aspects of the clause that were too vague to give any consideration to.”

The three Unions are the Communications Electrical and Plumbing Union, the Community and Public Sector Union and Professionals Australia.

Got a news tip for our journalists? Share it with us anonymously here.
Copyright © CRN Australia. All rights reserved.
Tags:
ceputelco/isptelstra