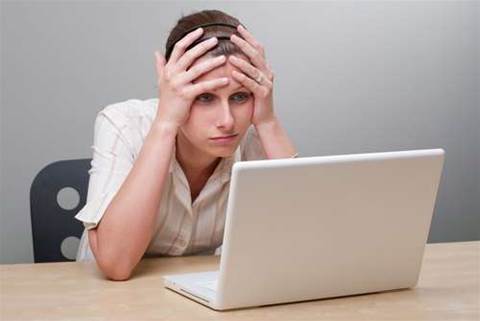 What do you mean, 'the metadata is gone'?

Victoria's anti-corruption commissioner believes authorities may not have enough time to get a warrant to access metadata before it is deleted by telcos, if proposed laws are passed.

A Greens-sponsored bill currently before the Senate questions whether rules for accessing the telecommunications metadata of Australian citizens is too lax. It proposes the Government re-introduce legislation requiring law enforcement agencies to get a warrant before they can access metadata.

Independent Broad-based Anti-corruption Commission (IBAC) commissioner Stephen O'Bryan SC said there was "no consistency between the various carriers and carrier service providers with respect to what data they retain, and for how long".

"The relative speed with which authorisations can be obtained under the current system minimises the risk of data loss," O'Bryan said. (pdf)

O'Bryan said telcos might delete metadata in the time it takes to have warrants drafted and approved by the courts or another judicial body.

A warrant system for metadata access would also impose "significant time, staffing and financial resource implications" on investigative agencies, and expose their investigations to delays, he said.

Greens Senator Scott Ludlam has previously accused government agencies of "vacuuming" up personal data without judicial oversight, after 293,501 authorisations for access to metadata were made in the 2011-12 financial year.

"This Bill does not prevent law enforcement and intelligence from accessing material in order to carry out their functions; it simply requires that law enforcement agencies obtain a warrant prior to accessing the information," Ludlam said when he launched the Telecommunications Amendment (Get A Warrant) Bill 2013. (pdf)

"Warrants not only protect citizens from the abuse of power by the State, they also provide legitimacy and authority to police or intelligence agencies carrying out their functions by ensuing that their actions are both necessary and proportional."

O'Bryan is unconvinced. He said he considers "the 'judicial oversight' system proposed in the bill would not in fact provide any additional safeguards" for citizens.