TechOne claims it was ambushed by Brisbane City Council 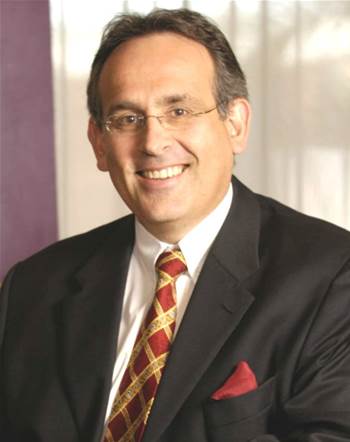 TechnologyOne boss Adrian Di Marco says his company has been blindsided by the Brisbane City Council, claiming the first he heard about a dispute over their $50 million contract was when lord mayor Graham Quirk went public with his complaints last week.

Brisbane-based TechOne took a hit to its share price - which fell from $5.52 on Wednesday to $5.13 at last count - after Quirk fronted the media on Wednesday to announce BCC would give the company six months to deliver its local government systems (LGS) project or risk losing the contract.

Quirk said an independent review into the late-running project had found it could cost the council $60 million more than budgeted to complete.

But TechOne has hit back at the claims, even raising the prospect of legal action, arguing it is being made a scapegoat for the council’s own failings.

“In my 30 years in business I have never seen this before,” he said in a statement to the ASX.

“We have had challenging and contentious projects in the past, but because there are dispute resolution and mediation processes built into all contracts that can be initiated by a client if necessary, including the ability to issue a breach notice, this has allowed for the orderly and professional resolution of disputes.

“Unfortunately BCC has taken this into the public arena without first following contractual protocol, and allowing us the opportunity to resolve the matter."

He also claimed the independent review panel investigating the LGS implementation gave his executive team a completely different verdict on the project to Quirk’s version of events.

TechOne told investors the Glentworth investigators were “not negative” about the company’s role in a briefing on their review, “and critical of BCC”.

While the report is not due to be made public, TechOne said its executives “documented” the briefing and would be confident of its legal standing if the matter escalated to the courts.

[Update 30 January 2016 1:50pm] A spokesman for the lord mayor's office, however, pointed out that BCC stopped paying TechnologyOne all the way back in October.

"The lord mayor was made aware late last year that an IT systems replacement project was up to 18 months behind schedule with potential cost overruns, and in October halted payments to TechnologyOne and commissioned a review to get the project back on track," he said.

TechOne also today said it had nothing to do with the projected extra $60 million the council has said it may need to spend on the project, claiming the costs were associated with BCC staff and contractors.

Brisbane City Council has budgeted $122 million over ten years for the project. The $72 million on top of the TechOne contract relates to internal staff and contractor costs.

Di Marco insisted the saga has not dampened TechOne's profit guidance, despite the share price drop.