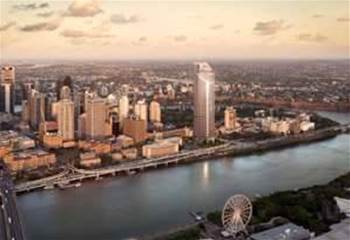 IT blueprint released for modern tower.

Queensland government agencies are being encouraged to take up a new-world approach to their IT architecture when they move into the state’s new government tower in 2016.

The 1 William St skyscraper, currently under construction in Brisbane, will house 4000 Queensland government employees as well as 1000 private sector workers after it is completed in late 2016. It is expected to cost $653 million.

The upper levels of the building will house the state premier as well as all government ministers and directors-general and their immediate staff. Several agencies, including Treasury and Trade, and the Department of Premier and Cabinet, will move their full workforce in.

A current and future state ICT architecture blueprint released late last week by the Queensland Government’s Chief Information Office (QGCIO) encouraged state agencies to adopt more mobile and collaborative work practices as part of their relocation, in line with the state’s ambition to provide a model for future government working.

The state government has expressed a desire for a “modern, innovative, creative and adaptable workplace” within the tower, and the blueprint aims to give transitioning agencies guidance while they identify the gaps between their current IT state and the future state outlined by the QGCIO.

The QGCIO’s vision for the new tower involves a workplace able to support always online, anywhere and any-device access to government information and applications.

To do so, it has encouraged agencies to support hot-desking and bring-your-own-device modes of working, including the removal of desk phones in favour of mobile, soft phones and videconferencing.

But the workplace the government aspires to for the 1WS building needs to be supported by the right kind of IT environment, the QGCIO said.

Previous efforts to co-locate agencies had not been sustainable and had resulted in limited sharing and significant duplication, which would not work in the new government tower, it said.

“The world of ICT has changed enormously in the last few years. Expectations of staff, the community and partner organisations have also changed. As a consequence it is no longer adequate or even acceptable to continue to provide the same IT and networking services that have served government well for the last 20 years.”

The Office said the design must also enable a shift to cloud computing as part of the government’s reform program, which emphasises sourcing ICT-as-a-service.

Despite advocating for a mindset shift towards acting as a broker of IT services rather than producing and managing assets - a recommendation of the 2012 Commission of Audit - the QGCIO admitted it would be a number of years before the state government could move to a internet-based network.

The most significant constraint facing such a move lies with the government’s legacy applications, which require a “safe” environment behind agency firewalls.

The government is also striving for a 5-star NABERS energy rating in the building, and as such is unlikely to have any data centres located on site.

Agency systems will remain in current data centres including the state’s whole-of-government data centre in Springfield, and will be connected to the tower by the Queensland Government Network, currently managed by embattled shared services provider CITEC.

“The 24 x 7 operation of data centres has a serious impact on the efficiency ratings of the building and is unnecessary given the availability of ample data centre space already, and the progressive adoption of cloud computing services delivered via the internet.”

The QGCIO outlined four high-level options agencies moving into the new building could choose from in terms of new IT deployment.

A network-as-a-service approach with logical agency separation would be the baseline target for the tower. It would involve the provision of a single physical network to be deployed and managed by a service provider.

There would be limited sharing of resources and services above the network layer, and some agencies would be provided VLANs/VPNs where necessary for logical segregation.

Option two would also mean a single physical network deployed and managed by a nominated service provider, but room-based videoconferencing, meeting rooms, and pull printing would be shared services. It would also include logical agency separation.

A desktop-as-a-service plus shared network approach would have no agency segregation. It would offer a virtual standard operating environment for each agency, which would provide “anywhere, anytime, any device" access.

The final “collaboration-centric” option would offer the same baseline as option three, but would focus more strongly on features enabling collaboration, including unified communications, videoconferencing, and social networking, among others.

The QGCIO said the options need not be a “one in, all in” scenario and a hybrid model could be feasible.

It advised agencies with full tenancy in the tower (including Treasury, Infrastructure and the Department of Premier and Cabinet) to strongly consider the third and fourth options, and use the second option as a fall-back, given they don’t need to consider integration with other agency staff still using a legacy IT environment. Ministers will have their own standalone network.

While the QGCIO recognised that its target architecture would require substantial change to most end-user IT environments, and may not be cost effective for smaller agencies, it said some change would be better than none in order to meet the government’s commitment to the tower as a aspirational model for future government working.

“Adopting a limited amount of services would not preclude migration of these agencies to a full collaborative model at a later stage. The learnings gained from piloting collaborative services in 1WS will also inform the broader ‘One Network’ program and this model can then be considered for other agencies and other buildings.”