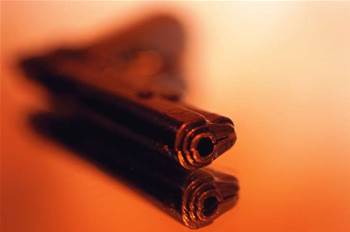 While India reels from the deadly terrorist attacks in Mumbai, CyberMedia India Online (CIOL) is ranting that technology is to blame.

A rambling article in today’s CIOL notes “the terror strike on Mumbai has once again brought to the fore how technology, especially in the communication front, is being used for anti-social, or to be precise antihuman, activities.”

So how exactly is technology to blame? Well, aside from the fact a satellite phone is said to have been recovered from two dead terrorists, a GPS map of South Mumbai was found in the terrorists’ fishing trawler and the group who claimed responsibility, Deccan Mujahideen, did so by email. There is precious little else which could form the basis of such a dramatic, sensationalist claim.

The article melodramatically shrieks “a terrorist can safely use a satellite phone or even a micro blogging system to implement the mission of terror”. Yes, and we’re sure it’s highly unlikely these fundamentalist, well organised, armed to the teeth fighters would have been able to make a single move without microblogging.

And if you believe that, you believe anything.
Got a news tip for our journalists? Share it with us anonymously here.
theinquirer.net (c) 2010 Incisive Media
Tags:
attacksformumbairesponsibletechnologytelco/isp