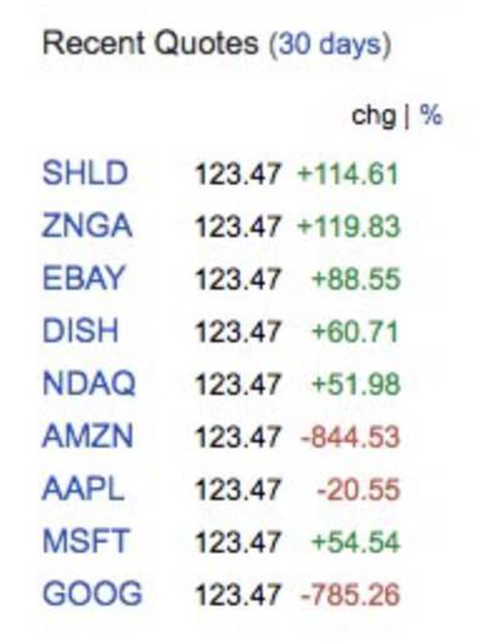 Apple, Amazon, Alphabet and others affected.

Share traders around the world got a shock today after seeing dramatically changed prices for well-known companies after third-party providers improperly propagated test data sent out by the Nasdaq exchange.

Shares in companies such as Amazon, Alphabet, Apple, eBay, and Microsoft were all listed with a price of either US$123.47 or US$12.45 today.

In the case of Alphabet, the error made it appear as if the company's share price had collapsed by 785.26 percent.

The service had sent out test data that third parties such as Bloomberg published.

It later published an advisory that asked all third parties using UTP to revert back to the share market's official closing prices.

Nasdaq said it was working with unnamed third parties to resolve the matter.

Up to 16 stocks were affected by the error, but Nasdaq has not said if any trades were made with the wrong share prices.