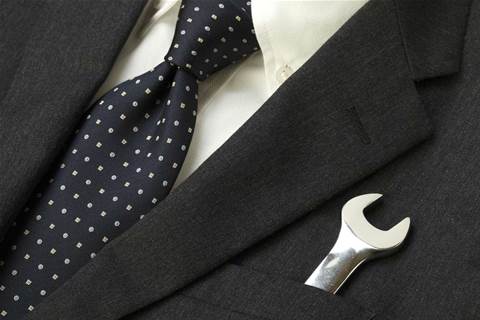 An undersupply of IT skills is the most acute staff shortage felt by federal government agencies in 2012-13 for the second year in a row, according to the Australian Public Service Commission (APSC).

In its annual ‘State of the Service’ report, the APSC narrowed the top Canberra skills deficits down to human resources, accounting/finance and IT.

Asked to rate their organisation’s inability to properly fill skilled roles in these categories, five percent of surveyed agencies described their IT recruitment situation as ‘severe’.

The result was down from eight percent in 2011-12, but the overall percentage of entities left wanting in IT has risen in the same period.

In 2012-13, 69 percent of agencies registered some level of difficulty finding appropriate staff, rating their experience of the IT skills shortage as either moderate, limited or severe.

A shortfall in finance recruits, by comparison, was rated as severe by just one percent of responding agencies in 2012-13, and none felt their HR need reached the same level of urgency.

The news will come as no surprise to those charged with boosting the government’s ICT capability. At the behest of 2008’s Gershon Report, the Australian Government Information Management Office (AGIMO) sought to address a deficit in IT skills though a whole-of-government IT graduate program and annual awards recognising outstanding agency staff, among other measures.

Despite this, IT workers still feel undervalued, with the APSC figures suggesting this perception could make them more likely to leave the public service altogether.

Compared to the rest of the government workforce, IT staff were more likely to express a dissatisfaction with their agency’s executive leadership, the level of respect leaders showed for employees and their annual pay packet. 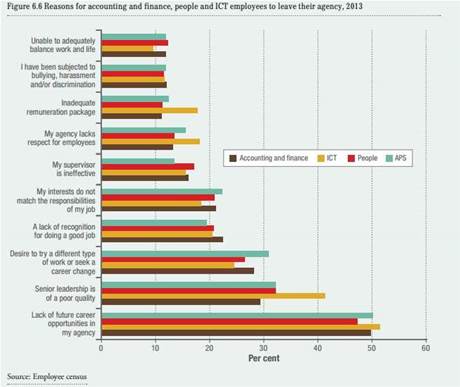 Roughly 20 percent of IT staff surveyed said they planned to leave their current roles within 12 months.

Half said they’d prefer to stay in government, but 17 percent were eyeing off the private sector.

The APSC’s figures were drawn from its annual online survey of staff across 103 APS agencies, conducted between June and July 2013. Agency ratings of skills shortages come from the 68 percent of federal bodies who have formal workforce analysis to draw from.