Tech researchers get funding in $333.5m ARC round 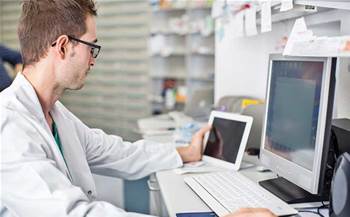 The federal government has doled out $333.5 million through the Australian Research Council for a range of science and technology research projects as part of its national competitive grants program.

Among those funded are 60 National Computational Infrastructure (NCI) users including professor Kylie Catchpole, who is leading a project at the Australian National University (ANU) to assess the technical challenges around designing next-generation, large-scale solar cell technology.

Several University of Wollongong researchers received $312,298 to look at improving the control of encrypted data that is outsourced in a cloud computing environment.

"This project will be underpinned by a study of constructing new cryptographic primitives for enabling cipher-text changes without the need for refreshing the users’ secret keys," the project blurb states.

"The expected outcomes will bridge theory and practice, providing economic benefits to industry by enabling practical mechanisms to store confidential user’s information in the cloud, hence lowering the infrastructure cost for industry."

A project to measure tune-out and magic wavelengths for helium atoms to challenge quantum electrodynamics saw three ANU researchers receive $282,340 in funding. Among the results expected of the project are more accurate atomic clocks.

Professor Chennupati Jagadish from ANU received $544,024 for his research into whether electrically-operated nanowire lasers could enable applications such as on-chip integrated optical systems and ultra-sensitive miniature sensors.

“This round of grants will increase Australia’s research capacity by expanding our research infrastructure and facilities and support Australia’s most outstanding researchers, including our early-career and Indigenous researchers, so they can continue to undertake ground-breaking research into the future," education minister Simon Birmingham said in a statement.