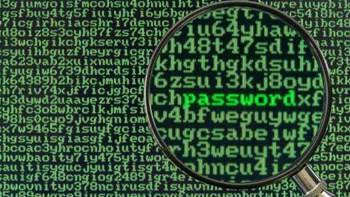 Technology companies including Apple, Google and Microsoft have urged US President Barack Obama to reject any policy that requires the tech sector to install backdoors in their products to aid law enforcement.

More than 140 companies from the sector - as well as cryptologists and rights groups - released an open letter [pdf] to Obama today arguing mandatory backdoors would weaken information security and undermine human rights.

"If American companies maintain the ability to unlock their customers’ data and devices on request, governments other than the United States will demand the same access, and will also be emboldened to demand the same capability from their native companies," the tech vendors wrote.

"The US government, having made the same demands, will have little room to object. The result will be an information environment riddled with vulnerabilities that could be exploited by even the most repressive or dangerous regimes.

"That’s not a future that the American people or the people of the world deserve."

The letter is a response to the White House's current deliberations on the issue. Obama is considering his position as a myriad of high-powered officials - including UK Prime Minister David Cameron and FBI boss James Comey - all push for mandatory backdoors.

Apple and Google last year both reworked encryption in their operating systems to limit their ability to hand over data to law enforcement agencies.

Law enforcement officials in the US subsequently warned that such actions could seriously hinder criminal investigations.

Currently, there are no laws in the US that require hardware or software companies to install backdoors in their products. Telecommunications companies are required to make their networks available for wiretap under the Communications Assistance for Law Enforcement Act of 1994.

Obama is yet to make a decision on the matter. He has previously said he was sympathetic to law enforcement needs but also was a "believer in strong encryption".

Policy director of New America's Open Technology Institute - the co-ordinator of the letter - Kevin Bankston said the tech community was trying to send a clear message to Obama.

"Encryption backdoors are bad for privacy, bad for security, bad for human rights, and bad for business," he wrote.

"They're just bad policy, period, which is exactly the same answer that policymakers arrived at during the Crypto Wars of the 90s after many years of informed debate, and the same answer the House of Representatives arrived at just last year when it voted to stop the NSA from mandating or even requesting that companies weaken the security of their products for surveillance’s sake."

After a year of talk about passing pro-backdoor legislation despite "unanimous consensus" in the tech industry that backdoors are bad for security, it was time for the sector to take a stand, he said.

"We're calling on Obama to put an end to these dangerous suggestions that we should deliberately weaken the cybersecurity of American products and services," Bankston wrote.

"It's time for the White House to come out strong in support of strong encryption, here in the US and around the globe. Securing cyberspace is hard enough without shooting ourselves in the foot with government-mandated vulnerabilities.

"It's time for America to help lead the world toward a more secure future, rather than toward a digital ecosystem riddled with vulnerabilities of our own making."