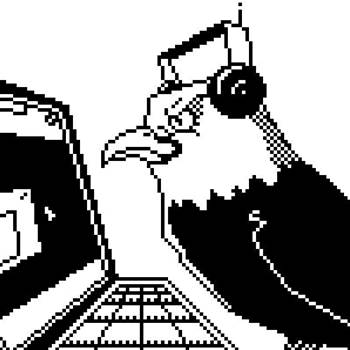 Ten of America's largest technology companies have thrown their support behind a bill in the United States Senate which seeks to limit government bulk collection of metadata and enhance transparency around spy agencies' surveillance of citizens.

Known as the USA Freedom Act, the proposed law places several restrictions on the ability of the National Security Agency to routinely gather large amounts of data such as call records, and makes changes to the US Foreign Intelligence Surveillance Court including creating a special advocate with broad powers.

It is the second time the large tech firms have publicly lobbied for the Freedom Act to be passed, having strongly expressed their support for the bill when it was in front of the lower House of Representatives in November last year.

Urging the US Senate to pass the Freedom Act, the tech companies, whose users have been targeted by the NSA surveillance, said it sends a strong message to the world and encourages other countries to embark on similar reforms of their intelligence and information access legislation.

Transparency provisions would also be strengthened by the Freedom Act, the companies said. Among these are better civil liberty protection for national security letters (NSLs), as issued by the Federal Bureau of Investigation, which contain powerful gag orders that prevent recipients from acknowledging even the existence of NSLs.

The Freedom Act would also allow recipients of the NSLs to seek judicial reviews of the gag orders, which would have to be resolved promptly.

Despite the technology giants welcoming the bipartisan Freedom Act, they said there was more to do to limit government surveillance powers.

Preventing government access to data without proper legal process and removing requirements for providers to place infrastructure within countries' borders are other demands put forward by the ten companies.

Digital rights lobby group the Electronic Frontier Foundation also welcomed the Freedom Act bill, but said in its analysis of the proposed legislation that it doesn't cover several issues such as the NSA sabotaging encryption standards, or the government's ability to tap into circuits linking Google and Yahoo data centres.

While the Freedom Act is a good start, the EFF believes there is much to do "to dial back the NSA".

More needs to be done to keep officials accountable for their roles in surveillance programs, it said, and to stop the government from aggressively using the state secrets privilege to quell legal action over whether the spying is unconstitutional under US law.

The proposed new law in the US runs counter to developments in Australia, where the government is seeking to boost the powers of intelligence and other agencies to freely access unspecified amounts and types of user metadata retained by telcos.

While some providers such as iiNet have slammed the Australian government's proposals as breaching privacy rights, others such as Telstra are unconcerned about the moves, unlike their US counterparts.