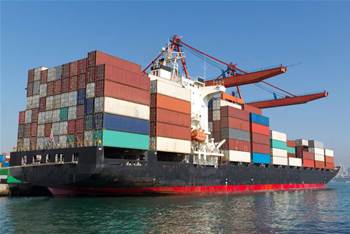 Rivals Docker and CoreOS have joined forces with several IT industry heavyweights to form the Open Container Project, which will develop common standards for Linux open source software containers.

Containers provide a lightweight abstraction layer for the Linux kernel that allows users to run applications inside isolated spaces. Linux distributions using the software container model avoid the substantial overhead of firing up and maintaining full-blown virtual machines, and can therefore scale up faster and easier.

While containers have traditionally been associated with open source vendor Docker, more recently Finnish coder Alex Polvi launched competitor CoreOS as an alternative to what he considered an unwieldy and complex locked-in platform.

In May this year, CoreOS received a US$12 million investment from Google, and the expectation was that CoreOS would continue on a separate path.

Now however, the two container pioneers appear to have resolved their philosophical differences in favour of developing common standards for the open source project.

Docker said it would donate its defacto technology, including draft specifications and existing container runtime code, to form the cornerstone of the new Open Container Project (OCP). Projects for the OCP will be published on Github.

Among the goals for developing the new container standards is a desire to avoid being tied down to any particular client or management/orchestration stacks. OCP standards must also be vendor independent to a great degree, and ensure portability across operating systems, hardware and processor architectures as well as public clouds.

A motley crew of corporations are the founding members of OCP: alongside Docker and CoreOS, enterprise Linux provider Red Hat, banker Goldman Sachs, cloud giants Google and Amazon as well as traditional tech companies such as Microsoft, IBM, Intel, Cisco, HP, and EMC have hopped aboard the project.

OCP will run under the auspices of the not-for-profit Linux Foundation.