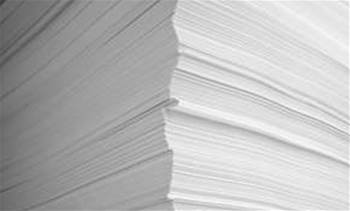 Adoption finally begins to pick up.

The Australian economy is starting to reap the dividends of the tax office’s standard business reporting push, nearly eight years after it was adopted.

The SBR initiative has seen common templates and interfaces built into financial software to feed data straight to the ATO. The standards suite, designed by the ATO, was released to software providers in 2010 to begin incorporating direct reporting functionality into their products.

But the scheme, which aims to drastically ease the regulatory burden on industries like superannuation, had a tepid start.

As the ATO’s assistant commissioner John McAlister admitted at today’s Technology in Government summit in Canberra, from 2010 to 2014 "not very much happened and I lost all my hair as I tried to work out how we get adoption”.

However, the Australian Taxation Office insists industry adoption is now taking off with some serious pace.

McAlister’s latest figures show a dramatic uptick in business take-up, particularly in the superannuation industry where it promises the greatest return.

The ATO is still getting its figures validated, but it thinks this savings sum will jump to $1.1 billion for 2015-16 - even higher than its original $800 million annual target.

“What used to take three weeks now takes three minutes. What used to require a person to do a check of identity now is automated,” McAlister said.

The assistant commissioner said he was on a mission to dismantle the “paper paradigm” that is restricting government operations.

He is also leading a push towards a national standard that will allow Australian business to catch up with the rest of the world when it comes to electronic invoicing.

McAlister argued that a digital approach would transform the flexibility of the government to collect and share information with its stakeholders.

“At the moment the real estate on a printed page decides what information gets collected and what gets shared,” he said.