Tax cuts could turn Australia into a "crypto hub": senator 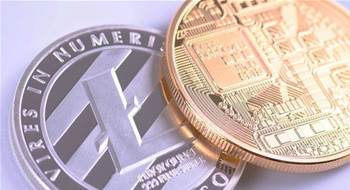 The federal government has hinted that favourable tax treatment for cryptocurrency businesses is on the agenda, as it tries to set a regulatory agenda for the sector.

Speaking at a conference organised by Blockchain Australia, senator Andrew Bragg (who chaired the Australia as a Technology and Financial Centre committee last year) said he didn’t want to see Australia miss its chance to become a blockchain hub.

Once, Bragg said, “Australia had wanted to become a hub for asset management."

“That hasn’t happened: 96 percent of the funds under management are domestic,” he said.

He attributed this to a former Labor government’s failure to pursue the legislative changes needed to attract the sector, and said he wanted to avoid this happening to the blockchain sector here.

Bragg told the conference he sees four key policy actions that should take place before the end of the year: terms of reference for the Board of Taxation, setting up an inquiry into taxing crypto assets; an inquiry into the causes and policy responses of de-banking, by the Council of Financial Regulators; consultation on the “market design” (for example licensing) of crypto markets; and a final consultation on the custody regime covering custodial or deposit services.

“The reality is we don’t live in a libertarian nirvana," Bragg told the conference.

“We can’t have regulatory arbitrage.

“There has been strong agreement about the need to address proper law design."

To reduce the risk that Australia misses its “cryptocurrency hub” opportunity, Bragg said that rather than trying to tweak the already-complex Corporations Act, “We should have a very simple, clear and clean Digital Services Act.”

Digital Autonomous Organisations or DAOs, which some people believe could replace corporations, should also be examined as part of any cryptocurrency regulatory regime, Bragg said.

Since they’re taxed as partnerships rather than companies, he warned the rise of DAOs could result in “mass tax leakage”.

He pointed out that company tax comprised 17.1 percent of commonwealth revenue in 2020/2021, “double the OECD average”, and said he believes this is unsustainable.

The key principles for regulating DAOs are that there is a consumer protection framework, along with audit and disclosure standards, “replaceable rules” (rather than company constitutions) to standardise DAO governance protocols, and limited liability as applies to companies.

Expanding on how the tax system needs to accommodate ambitions for Australia to become a cryptocurrency hub, Bragg said “unless you are competitive on taxation, you cannot be a serious hub.”

“People like me will have to make the case in the public square that a tax cut in this space is needed,” he continued, because he wants Australia to be viewed as “a jurisdiction that people want their business in, because our tax system is clear and clean, just as our regulation is clear and clean”.

While ruling out advocating that Australia join jurisdictions like the Isle of Man and Bermuda as a tax haven, he said we need to be more dynamic, adding that: “We shouldn’t be afraid to look at … tax havens as inspiration for regulation”.