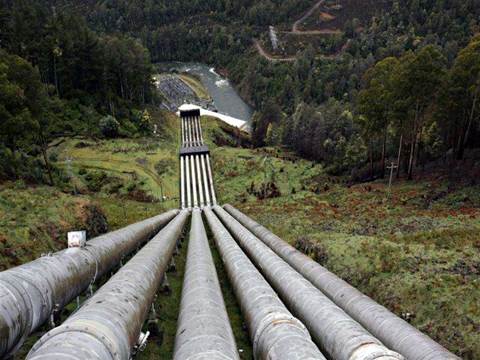 Tasmania will have an open access wholesale broadband network in place by the second quarter of 2010 according to government representatives at the official Basslink launch today.

The news somewhat overshadowed the launch of Basslink's undersea cable, which iTnews reported was transmitting data up to a fortnight ago.

The governments said that a new company, the Tasmanian NBN company, had been set up to undertake the project.

It will be a subsidiary of the national NBN company, dubbed NBN Co, and will be jointly owned by Aurora Energy.

"[TNBN co] will include an equity contribution from the Federal Government in addition to assets vended in by Aurora and the Tasmanian Government," Senator Conroy said at the launch.

"The shareholdings will reflect the value of each party's contribution of cash and/or assets to the company."

The company will construct a fibre-to-the-premises network to deliver speeds of 100 megabits per second, to 200,000 Tasmanian households and businesses.

Conroy said the remainder of Tasmanian premises "will be served by next generation wireless or satellite services, offering speeds of 12 megabits per second or more."

An open competitive tender for fibre optic cable has also been released.

The promised finish date is timed one to two months after the upcoming state election in Tasmania.

"My Government, and Aurora, have been working closely with the Australian Government to finalise the plans for the NBN in Tasmania," Bartlett said.

The Tasmanian rollout "will provide valuable learnings for the benefit of the wider rollout of the network on the mainland of Australia", Conroy said.