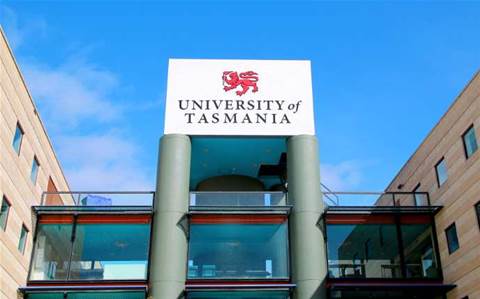 Core systems migrated to Azure in first stage of project.

The University of Tasmania is developing a new staff portal as the centrepiece of a broader cloud-first strategy that will see it migrate several of its core systems from an on-premises data centre to Microsoft’s Azure cloud.

The portal, which will utilise the Office 365 API, will integrate with the university’s core IT systems, giving staff a single point of entry along with access to news, tasks, productivity and collaboration tools.

“The portal page itself will go through a number of iterations while we test it against users. But it’s more than just a portal page, you can click through to end up in Microsoft Delve, your OneDrive, or a SharePoint site, and the whole thing ties together neatly through the Office Graph API,” Pedersen said.

“So the idea is you go to this one place, you’ll see what’s happening with your collaborators, you’ll see your tasks in the taskbar, and from there you can launch off into your applications or into a corporate system.”

Pedersen and his development team worked with Empired to put together a working proof of concept, which was built as an ASP web app sitting on top of the Office Graph API.

“I was quite surprised with the proof of concept, because we only spend four to six weeks on it. It’s a cloud-based Azure web application that we’ve developed, and there’s a lot of client-side code. The proof of concept was just to see if the technology would work – the answer is yes,” Pedersen said.

“In the proof-of-concept, we also did some work around [whether we] can do things like notifications and alerts from our enterprise systems, from our HR system, from our student management system, and our service ticketing system.”

Work will commence in full force either late this year or early next year, with the first releases scheduled for delivery within three months and completion expected within a year.

Once the staff portal goes live, the university will start building a similar portal for its 26,000 students.

The staff portal is the showpiece of a wider cloud-first strategy that has seen the university migrate a number of its core learning and business management platforms to Microsoft's Azure.

The cloud-first objective, which aims to move towards platform-as-a-service and eventually software-as-a-service solutions, was introduced in 2014 as part of the university’s broader 10-year strategic plan.

According to Pedersen, the university decided it didn't want to be in the business of running data centres, and so it turned to its industry partners to provide total solutions. It also wanted to operationalise IT costs for a flat annual spend and refocus IT staff on value-added services.

CRM and HR, along with smaller student systems for careers advice, ticketing and travel, have already been shifted onto Azure, and the university's on-premise Exchange server will soon be switched off in favour of Office 365.

The new strategy has forced the university to revisit how it develops its bespoke in-house software: it historically was a Microsoft .Net shop, with software hosted on servers in its own data centre.

“In the spirit of cloud-first, our model for developing new software is we write that software so it uses the Azure stack, and the model we’re going towards is the platform-as-a-service model. So that includes Azure web apps and web services,” Pedersen said.

“So all our custom home-grown apps we’re moving to Azure, and those apps will integrate with the full Office 365 platform so people will be able to jump from our staff portal on to our legacy apps. We’ll leverage things like Graph API and all the integrated authentication and authorisation mechanisms that are built into Azure to drive our security model.”